Isn’t There Some Other Way? 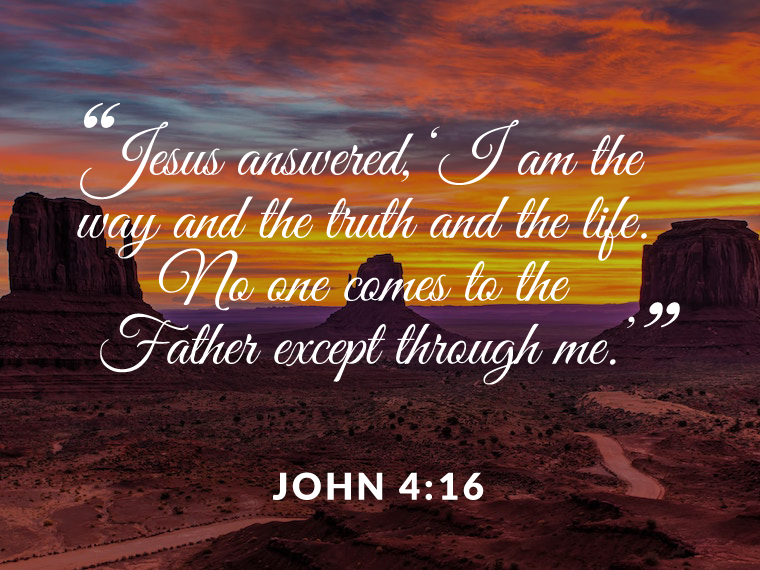 ” Jesus answered, ‘I am the way and the truth and the life. No one comes to the Father except through me.'”

Isn’t There Some Other Way?

People often seem offended by claims that Jesus is the only way to God. This attitude shows that they simply don’t understand the nature of God. We can see the core of their misunderstanding in a question they ask: “How can a loving God allow anyone to go to hell?”

The answer in a nutshell is that God doesn’t send people to hell; they go because of their own choices. From the time of Adam and Eve, mankind has had a self-willed, grasping, prideful nature we call sin. And sin cannot survive in the presence of God, who is loving, but also holy, righteous, and just. His very nature would destroy sinful mankind. This is why the Bible says, “The wages of sin is death” (Romans 6:23). So how could God resolve this dilemma and save us?

The Godhead—God the Father, God the Son, and God the Holy Spirit—made an astounding decision. Jesus, God the Son, would take upon himself human flesh. He would become the God-man. In the Gospel of John it says, “The Word became flesh, and dwelt among us” (John 1:14, NASB). When Jesus was executed on the cross, God accepted his death as a substitute for ours. It is as if a judge were to sentence a convicted man (because justice demands it) and then take the place of that man to serve the sentence. At the cross, the just and righteous nature of God was satisfied, and the penalty was paid for our sins.

At this point many people ask the natural question, “Why couldn’t God just forgive without requiring any payment?” They don’t realize that forgiveness always has a price. For example, let’s say my daughter breaks a lamp in my home. I hug her and say, “Don’t cry, honey. Daddy loves you and forgives you.” People who hear that story might say, “That’s exactly what God ought to do.” Then comes the question, “Who pays for the lamp?” The fact is, I do.

This is what God has done for us: he has said, “I forgive you.” But he paid the price for the forgiveness himself through the Cross. It’s a payment that Buddha, Muhammad, Confucius, or any other religious or ethical leader cannot offer. No one can pay the price by “just living a good life.” It is true: there is no other way but Jesus.

All those suffering from the effects of COVID-19