Be True To Yourself. 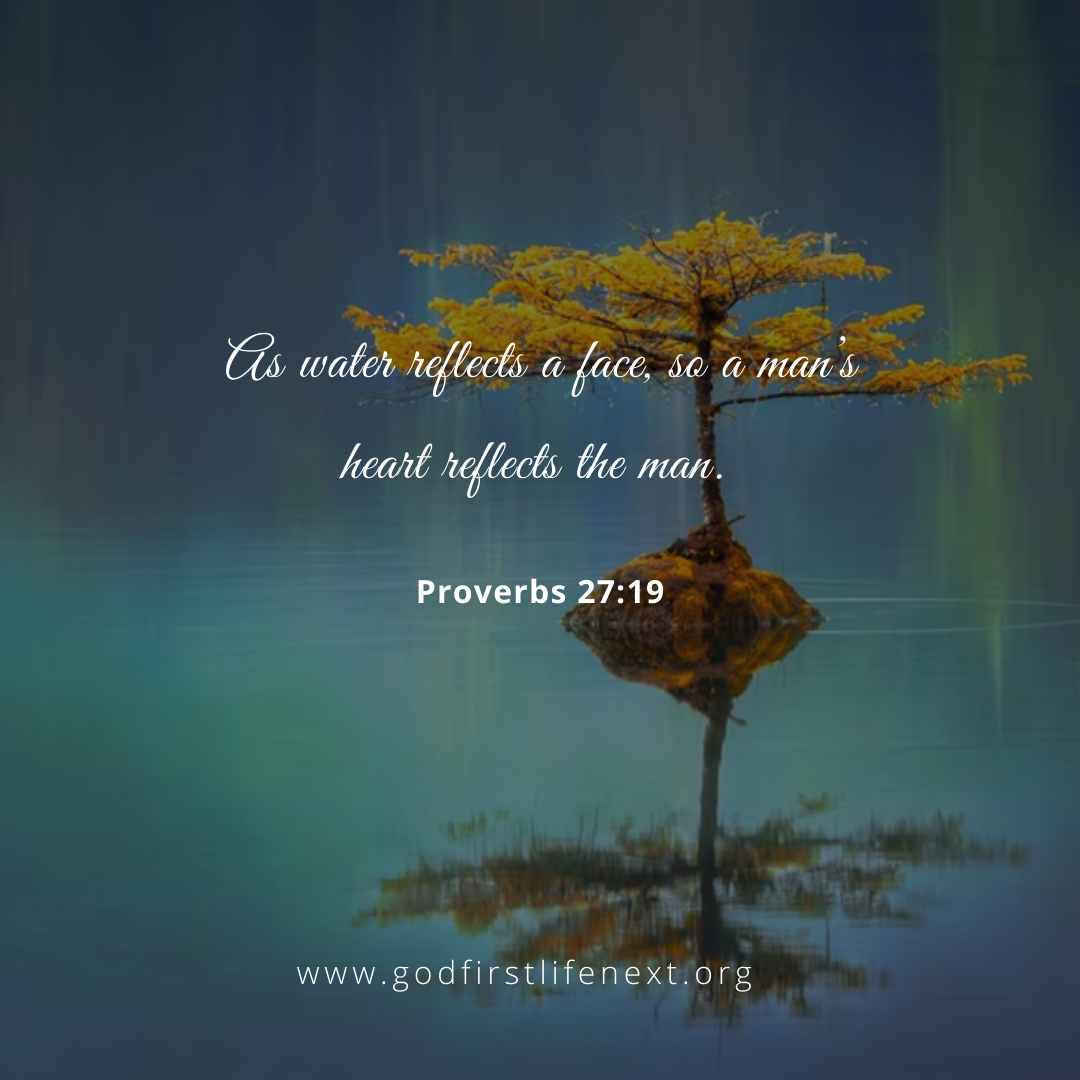 As water reflects a face, so a man’s heart reflects the man.

Recently I was at this amazing event that Russell Brunson puts on called Unlock the Secrets.

The amazing thing about this event is that it is 100% for the family.

In fact, we took all 4 of our kids down there with us. And every single one of them took notes and learned TONS over the three days that event went on.

What an amazing experience, right!!!

At this crazy awesome experience, they talk about business, marketing, God, more business, motivation, have some pretty cool things like arcade games and a mechanical bull, and they even brought in a hypnotist to talk about mindset and how we are the ones that get in our way. (but that’s for another devotional. Lol)

They spoke to kids and parents. It was really based towards kids and getting them excited about the business. Jenna and I took a few notes too. So there was a little information for the parents too. (I took over 15 pages of typed notes! Lol)

As I sat down at the pool the day after the event, this verse came to me from Proverbs, As water reflects a face, so a man’s heart reflects the man.

Go ahead and read that again.

When I read it all I could think of was how our actions reflect who we really are.

If we are lazy (I’m lazy some days) then our actions reflect that.  A lot of times those people are constantly looking for a get rich quick scheme.

If we are a giver, (guilty too) then we tend to give others more than they deserve.

If we are a do’er, (again guilty with a capital G) then we have a tendency to start lots of projects and are in constant action.  This one might be me to most right now.  I’m sure that I drive Jenna and the kids crazy with everything that I start.

We could go on and on about this, but I think you get the point.

Our actions show who we are.

That they also show who we are NOT.

If you have someone who will not help another person, even, that shows that they are pretty darn selfish.

Or if you run into someone who talks about everyone else, then you probably don’t want to share any secrets with them. To be 100% honest with you, I refuse to hang around people who talk bad about others.  That is just a reflection of who I am.

Are you picking up what I’m laying down here?

Here’s the whole point. Your actions show the person you really are.

There is no way to hide that.

God made it that way for a reason.  He gave us all a tattle tale for every person on earth.

Yes every person, that includes you and me.

So here is my challenge to you!

Be the person you were designed to be.

God designed all of us for a reason. It is up to us to live out the reason we were designed for.

Again I think you get the point I’m trying to make here.

You were designed for a reason. Are you living it?

After you answer the challenge I want you to do something for me.

That’s right, if you are reading this on your computer I want you to open up a word document, hit the bullet point icon and make a list.  If you are a write it down on paper person, then get your journal out and start making a list.  Don’t be like my kids, you have to be able to read what you write. (ok that’s me not my kids, except Billy his notes are crazy hard to read. Lol love you son, you got that from me!)

I want you to list out everything you are good at!  EVERYTHING!!!! (don’t worry I’ll show you part of mine).

If you’re having trouble getting started I will help you with the first one.

You are an amazing Godly person.

Now turn on a song you love and start writing!

Send that list to me.  Take a picture of it or send over the document you created.  I want to celebrate with you everything you are good at.

Lord God, Father in Heaven it is amazing the opportunities you give unto us.  We are so grateful for every single experience that you bless us with.  God today I want to pause and say thank you to Russell Brunson’s team for the amazing experience that blessed so many families with (over 400!).  Thank you for helping them to take action and listen when you give them an idea.  God, Next I would like to pray for some ambition to be instilled in all of us. Help us all to look at the talents you gave us and take action on them.  Help us to first off, give you credit for those amazing talents we all have. Second, we want to ask for help putting those amazing talents into action!  Help give us the motivation to act on those amazing talents. God you are so awesome. And we are thankful for that! Lastly God, we would pray that you help us to be the people you designed us to be. Help our actions to be a true reflection of who we are and who you need us to be.

On the first night of Unlock the Secrets they brought out a hypnotist.  He was amazing.

He did something completely different than I have ever seen before.

Instead of taking volunteers, he decided to hypnotize the WHOLE crowd.

He talked about the process and how we could use the process to change our mindset and the mental blocks that we have.

Then he worked amazing magic on everyone.

The first thing he did was tell us that we would not remember our names.

Well, I was sitting next to Brianna and I knew my name so I was pretty sure it didn’t work on me.

Then she kindly asked me, “Dad what’s your name?”

I knew my name but when I went to tell her what it was I could not get the words to come out of my mouth.

Billy was the exact same.

So she encouraged us to go up on stage with the others who could remember their name.

WE got up there and he checked to see if we were really hypnotized. Those of us who were there kept there.

Then we got to have some fun.

I have to say, I have been hypnotized before. A long time ago.  But this is by far the best experience I have ever had.

We got to meet bigfoot, give the world’s worst business advice, and meet a celebrity of our choice.  He even went invisible for a while. I almost forgot we got to be 5 years old again and have fun, in kindergarten and pose as a statue for the chance to win $$$. Plus a few other things.

During the show, when he became bigfoot I was about the only one who wasn’t scared of him.

He came up and asked me what size shoe he wore. My answer was, “big!” Then before he could leave I asked him if he would be willing to go back to Colorado with us and live a GREAT life in the mountains so that Billy could do guided Sasquatch sightings as a business. Lol

When it came to the “best” worst business advice I could give any entrepreneur mine was right on spot, “never take any action, be lazy, don’t take risk, never listen to anyone smarter than you (because you know it all), and never take any advice from those who are further ahead of you in business, EVER!”

You might be asking why I’m bringing this up here after a devotional that talks about how your actions reflect who you really are.

When we were five years old we were coloring our imaginary coloring books and then he made them two times bigger. Then he did it again so they were huge.

The woman next to me looked over and shoved me. I just ignored her.  But she was legitimately upset that I colored in her book. While I looked at the girl next to me and said she should color in my book since mine was covering hers up.

Later Jenna said that even in kindergarten I was hitting on girls.  Lol

Do you see what I mean by our actions are reflections of who we are.

Under hypnosis, I had the opportunity to get upset when someone was mad at me or I could move on and not worry about it.

I chose not to worry about it.

I want to give a HUGE shout out to Russell Brunson, his family, and his entire team for putting on an amazing family event where kids can learn about business.

Also for not getting upset at me for telling everyone in the room to NEVER take any advice on business (best, worst business advice I could ever give).

Next time you get the chance to do something new.