Have Compassion (& A Little Common Sense) 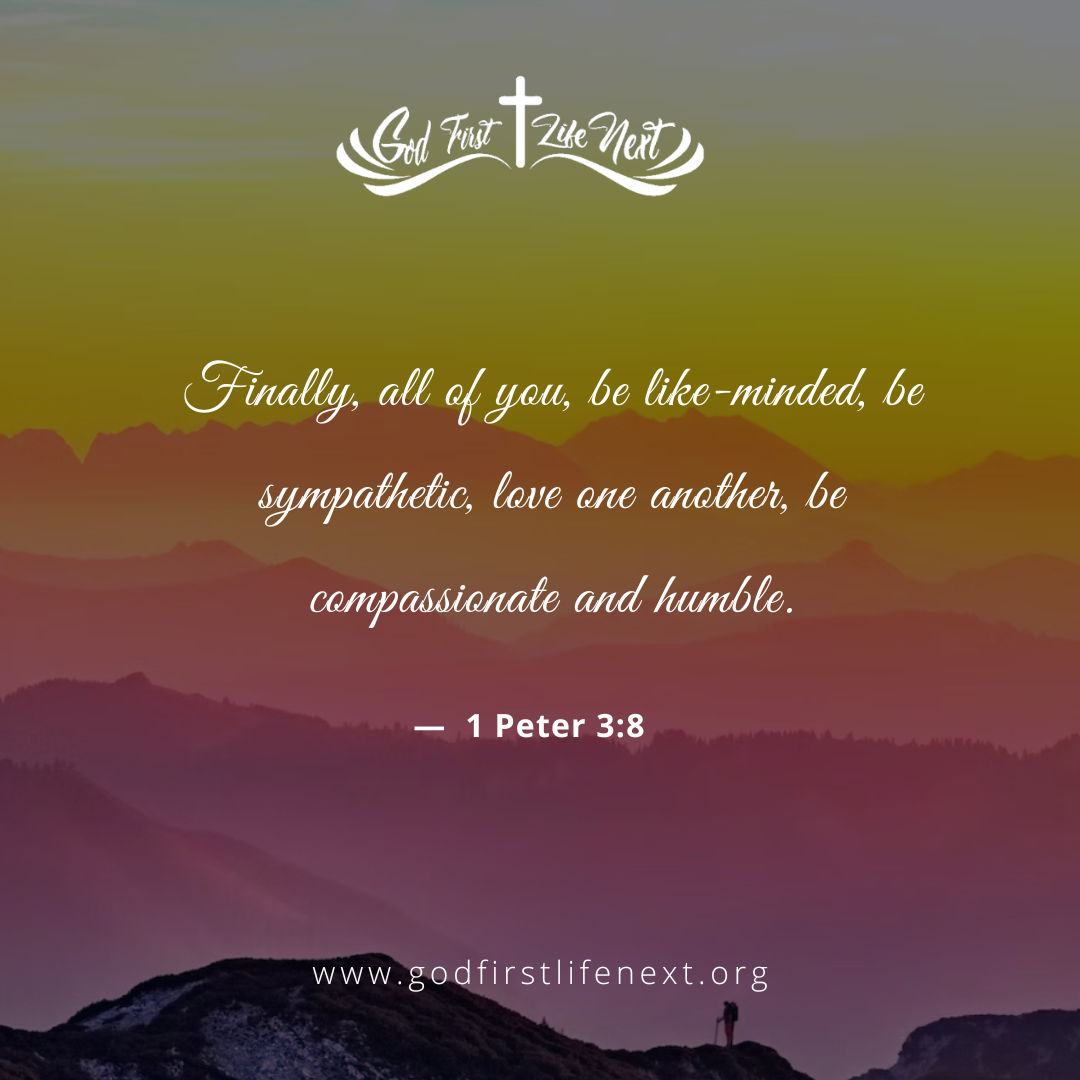 As I sit here writing this there are a few things going on right now in my life that made me choose this topic.

If you don’t mind, I’d like to vent just a little.

Would that be ok?

So, as you might know, we live in a time of technology. Would you agree with that?

Most of us have these amazing devices called cell phones, we can have a meeting with people around the world from the comfort of anywhere we have an internet connection.

I mean I had a meeting with our software developers this week while riding as a passenger in a truck. I was in Ohio, he was in California, and the other guy was in Dallas.  That is just crazy awesome! And really efficient.

That same day I got an email from the state of Colorado saying that they want me to drive to Denver to take a 45-minute test if I want to keep my credentials!

They want me to be at their office at 9am on a Monday to take this test just so I can drive home after I pass it.

That is just crazy talk.

To top it off, I have had a business trip scheduled to FL for over 2 months during that same time frame. I decided that I would kindly let them know that there was no way I could reschedule my trip and find out if  there was any way that I could take the test virtually instead.

I offered to leave my Camera on the entire time so that they could watch me take the test to ensure that I wouldn’t cheat.

Get this. Their answer was NOPE, you must do it in person.

I did what I always do when something like this happens.

At the moment I am patiently waiting for their response to my last message.

But here’s the BIG thing that I am experiencing now.

Are you ready for this?

I am at peace with whatever happens. If they say I have to go to Denver and that is the only date they can allow me to take the exam, then I guess I’ll be giving them a call to turn in my credentials.

If they allow me to take the test virtually on the same date I will be rearranging my schedule to give me a few moments to take the exam.

If they give me another date when I’ll be available then I will gladly go take their exam in person.

No matter what happens after that prayer I am 150% at peace with the outcome!

I told you that story, not to expose the government to its crooked and stupid ways (even though they are, lol) but to show you how much prayer helps when there seems to be absolutely no logic in a decision. When you ask for compassion, none is given.

My other hope is that when you read through this you can see how you might have been in a situation where someone was asking for you to have compassion on them, but you chose to stick hard to your guns before hearing their side of what happened.

I know that I have done that before. Just ask my kids and Jenna. They can tell you that I don’t always have the compassion that I should.

Thanks for listening to my gripes.

I sure love this part, because it gives me time to reflect on what God is trying to teach me, and also have me teach the world.

Today I would like you to think back to a time when you asked for compassion.

Maybe you needed time off work for one of your Kids’ games. Or maybe you really needed some help or someone to talk to about a problem you were encountering.

Was compassion given to you?

Did you deserve it?

If it was given to you, how did you ask for it? With anger or with empathy?

Now think back to a time when you were asked for compassion.  Maybe someone needed time off for a DR appointment.  Or maybe you got a call or email from the school saying your kids were absent from class today.

How did you react?

Did you look at the whole situation?

Did you really listen to the person asking for compassion to see if it was deserved?

Lord, God, Father in Heaven. Today we come with full hearts.  Our hearts are full of gratitude towards you and also towards those who have had compassion towards us when we needed it.  God today we do a few small favors. The first one is that you would help us to be compassionate when you need us to be.  The other is that you help us to understand when others are not compassionate towards us. Because there are times when we ask for compassion, and we really don’t need it.  God today we simply ask for your guidance. Help guide us to be at peace with every decision that your hand is in.

If you don’t know it, I recently started a podcast called “Leading From The Middle Of The Pack”.

I have had this on my goal list for a couple of years but never acted on it until just recently.

In the past I have recorded about 50 episodes, then after listening to them, I didn’t love them so I would just delete them.

They were never good enough.

Or maybe I didn’t love the title. Or maybe I loved the title but didn’t feel that the content was up to par.

Then one day I had this realization.

If I never start I will never get better! (notice I didn’t say GREAT. I am a slow learner so it will take a long time to get GREAT.)

So on my way home from a recent trip as I was sitting on the plane I opened a document on my phone and started typing away.

First I wrote down about 10 different titles that I kind of liked.

Then I wrote down what the podcast was going to be about.

Then I started bullet-pointing topics that I wanted to cover.

After that, I closed the document. And moved on.

When we got home later that day, my mind was still reeling. So, I booked it downstairs where my computer monitors are, plugged in my laptop, and started hashing out more details.

The first thing I did was re-read the titles I came up with.

I picked my 3 favorite ones and did a quick search for podcasts with names similar. That only eliminated one name. So, I did what I always do in a situation like that and prayed.

The name that I needed appeared bigger on the screen to my eyes.  I made it bold.

Next, I looked at other podcasts that I liked to listen to just to see how their intro looked, then I went to work on mine.

I found what I liked and mirrored it, changing it to meet what I needed. That’s when I came up with, “Welcome to LeadingFrom the Middle of the Pack podcast! This show is for leaders who want to learn how to get our message out to the world… and yet still remain humble. Learn from Daniel Greer, the world-famous Transportation Leader and a founder of the easiest-to-use DOT compliance software in the world. Inside each episode, Dan shares his biggest “a-ha moments” and leadership secrets with complete transparency. From tough lessons learned, to mindset, to pure strategy, Dan pulls you into his world and shares his personal journey to grow a business with NO outside capital!”

After that, I knew that I needed an intro so I started looking at what other successful podcasts did for their intro.

This is what I came up with, “The big question is this, “How are leaders like us, who aren’t necessarily in a management position, who go out and get our hands dirty, who are ready to answer their calling from God to lead, who are driven to learn and grow, gain the trust and respect of those around us to actually be heard while not coming across as an authoritative prick?” These are the questions and this podcast will give you the answers. My name is Dan Greer and welcome to Leading from the middle of the pack”

I added some music to it and came up with an intro for the podcast.

Then the next thing I needed was a cover picture. I started combing through our amazing prime pictures. Until I found a few that I liked.

Next, I added some text to a few of them so I could see which one I liked the most.

This is the one I fell in love with.

I used the same colors as our company brand for Eclipse DOT but chose different fonts.

Then came the hard part. Recording my first episode.

I did what I always do, I sent up a quick prayer and asked God for help, asking him to guide my words to exactly what needed to be said.

Then I hit a record, and started recording.

Oh, man now was the hard part. I actually had to publish the podcast!  That meant that I was really going to put myself out there for the world to hear, make fun of, criticize, whatever.

I knew that I was going to struggle with that, so I made a social media post that something big was coming.

Then the next day I released my title picture on social media.

Then the next day I released the intro audio on all my social media channels.

I knew that if I did this publicly I would HAVE to publish the podcast.

What I didn’t expect was the overwhelming support from people.

I got tons of comments, and texts from people saying how excited they were and that they wanted to be a part of it by being interviewed!!!!!

No matter how much support I had though…….

Pushing that publish button was one of the hardest things I have done in a while.

Then what happened next shocked me.

I got an email the first day after my podcast was published with the stats of how many downloads there were. It was amazing!!!!!!

So to everyone who has listened so far, Thank you.

And if you haven’t listened yet, what are you WAITING FOR????  Go listen to it now!!!

The title is, Leading From The Middle Of The Pack