Jesus Is Our Leader 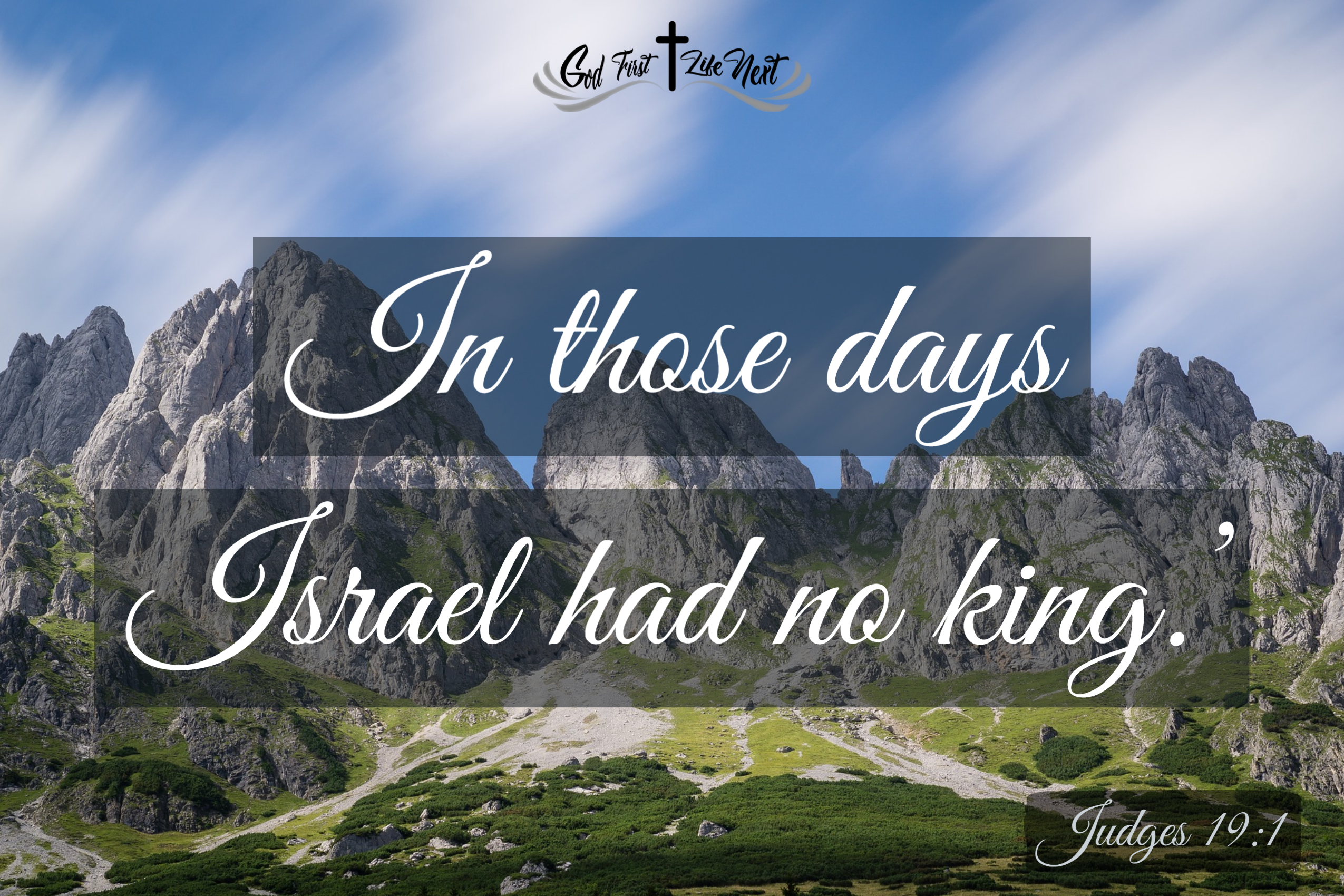 ‘In those days Israel had no king.’

In fact it is mentioned in the old testament several times.

But never in the new testament.

It’s because when Jesus came we were given the best leader to follow.

Let’s back up a little bit.  How would you explain what makes a GREAT leader?

It’s pretty easy for me. A GREAT leader is someone who I can trust. They listen to me and give sound advice. They don’t jump to conclusions or throw blame onto others.  They are calm, and easy to talk to.  They care not only about me but about everyone around them. They don’t get upset easily, but when they do there is a great reason. They teach every chance they get, not PREACH but teach.

Those are just a few of the things that make a GREAT leader in my mind.

Remind you of anyone, except for me of course (Just kidding).

Of course it does. JESUS!

Jesus was trusted at a young age.  He was only 30 when he first started his ministry.

How many 30 year olds do you know that could lead the way Jesus did?  Jesus took a group of people and talked to them in a way that they wanted to listen.

He did so good in fact that there was one time, the same time he walked on water. That the crowd literally ran around the lake to meet them on the other side so they could continue to learn from him.

People loved to listen to him because of the way he talked to them.

Sometimes as chirstians we forget to follow that example he set for us.

He listened. In John 8:1-11 he saved a woman’s life by simply listening.  When they brought out the woman who was caught in the act of committing adultery they wanted to stone her, and they wanted Jesus to get behind their cause.

What did he do?

He listened to what they had to say.  Then bent down and started writing in the dirt and told them, let the person who has never sinned be the first to throw a stone.

What happened then? They all reflected on their actions and left, slowly but they left.

Then after a while he looked up and asked her, Where did they all go? (like he didn’t know)

I am 100% sure in my heart that those who wanted to stone her were looking to get into an argument with Jesus.

Can’t you just see it now.

If he would have agreed with them they would have said, “You said to forgive everyone, how can you condemn this woman to death.”

Or if he would have chosen to argue about forgiving her, “why are you not following the laws Moses set for us, are you above Moses and God?”

He couldn’t have won either way.

So what did he do? NOTHING! Ok well he did something, he wrote in the dirt. Lol Personally I would have loved to see what he wrote.

We can’t forget this one about trust and giving.

How about when he fed the 5000 men on the hill with just 5 loaves of bread and a couple of fish? Everyone ate and were satisfied.

He had to convince his disciples to believe in the unbelievable. Let me tell you that it’s a leader’s job every day. If you want to succeed you have to believe that anything can happen.

And Jesus did just that.  He convinced all 12 of his disciples that 5 loves of bread and 2 fish could feed this massive crowd.

Once they believed in the mission, anything was possible.

You see God is amazing. When we believe that he can do it, he does it. But when we have doubt, any doubt at all, it might not happen. It usually doesn’t.

Jesus had no doubt in his body about God’s plan, ever.  He trusted his leader with all of his heart and that’s what we need to do as well.

Trust Jesus, Trust God, Know beyond any doubt that what they tell us will come true.  If we don’t then it will never happen.

Today we want to give you a goal.  Our goal for you is to go out into the world and be the same quality of a leader that Jesus is to us every day.

Become the person God DESIGNED you to be.  Remember he knew all of us when we were in the womb.

Lord God, today we come to you to simply say thank you. Thank you for giving us your son as the GREATEST leader of all time.  Lord, we pray that you help us to learn from him, and all of the other amazing leaders you have placed in our lives.  We pray that you would help guide us to be more like him. Help us to grow in our relationship with you and him every day.  Help us to lead others to grow in the relationship with you.  Help us to become the people you designed us to be.  We know that it won’t always be easy, but it will be an amazing journey when we look back on it.  It always amazes me that when we are in the middle of the storm it seems almost too scary. And just after the storm we look at the damage it causes. But we forget that because we saw the damage we are able to build back even stronger then before so we can weather even stronger storms.  God thank you for everything and everyone you place in our lives.

We ask all these things in Jesus’s name.