Patience is more Than A Virtue! 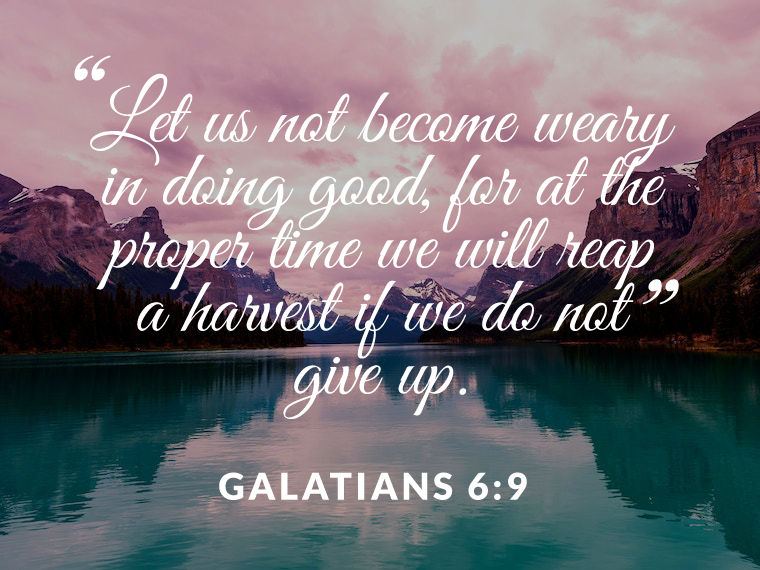 “Let us not become weary in doing good, for at the proper time we will reap a harvest if we do not give up.”

Let’s take a closer look at Joseph and his patience. Joseph was to say the least slightly spoiled as a young child. His father, Jacob (Israel) was not afraid to let Joseph’s siblings know that he liked him better. He made an “ornate” robe for him to wear. Joseph’s brothers hated him for multiple reasons. One was that Joseph tattled on them (Genesis 37:2), coming in from the field he told his dad all things that they were doing wrong. You see Joseph didn’t make his life any easier with his siblings by his actions. Here’s the thing, God didn’t say “Joseph because you are spoiled and you like to tattle on your brothers I’m going to punish you.” Instead, he said Joseph I have a plan for you.

God blessed Joseph with some visions where his siblings and his parents bowed down to him. Even though Joseph was Jacob’s favorite, he rebuked him because of the visions. “Do you really think that your mother and I will actually bow down to you?” As Joseph, how would you answer that question? Personally, if that were to have happened to me I would have had second thoughts about if the visions came from God. You see God speaks to us all differently, that’s we are supposed to be learning from this. God came down with his angles and spoke to Abraham, he wrestled with Jacob, he shut the mouths of the lions for Daniel, and he gave Joseph the ability to see and intemperate visions. God speaks to us all in different ways.

I’ll bet you are thinking how is any of this dealing with patience, how is this going to help me be more patient. The next part of Joseph’s story is where Joseph learned patience. He was sent out to check on his brothers and when they saw him coming the seemed a plan to kill him. Luckily, one of his brothers persuaded them not kill him but tie him and throw him in a cistern. This might not seem like a real win but it was for him, because his intentions were to come back later and pull him out and get him back home safely. However, while he was away his other brothers sold him into slavery for about 20 shekels of silver. That’s about 8 ounces or 230 grams, in today’s currency that equals (12/15/2019 Silver price per ounce, $17.02) so the sold Joseph for $136.16! Holy cow, that’s even one trip to Walmart for most families!!

God was with Joseph and was teaching him patience. He took this spoiled kid that was always favored and turned him into a slave so he could learn a lot more than patience. God gave Joseph the strength to endure everything that happened to him. He shaped Joseph into the leader that he needed him to be so that later in his story he could save hundreds of thousands or even millions of people through 7 years of hardship. Josephs beginning is part of the story that we sometimes miss, but it is vital to think about because it lets us know that it’s ok if we don’t always have the patience we think we should have. It also lets us know that God is there for us through the hard times, he is using those times to shape us into the person we need to be.

God we come to you today to thank you for everything that happened to us. We thank you for the hardships that you have helped us through. We thank you for the times where we weren’t sure that you were really there for us. The times that we were on top of the world and forgot that, you were the reason that we were there. We thank you for the patience that you have with us. We know that we can be hard headed, especially me just ask my wonderful wife. We thank for not giving up on us, even when we didn’t deserve to have you on our side. God we would ask that you would give is the faith of Abraham, Daniel, David, job, and john. We pray that you would help give us the courage to claim your name and shout it from the rooftops. We are grateful for the journey that you are sending us on, even when we don’t understand why things are happening give us the strength to know that you are helping to mold us into the person you need us to be. God lastly, we hope that you help us to know that everything happens in God’s time not our time. Help us know that your timing is perfect, it may not align with our schedules, but it is perfect. Thank you for the gift of your son, the gift of the holy spirit, the gift of being able to share your word and to help others remain strong in your faith.
Thank you