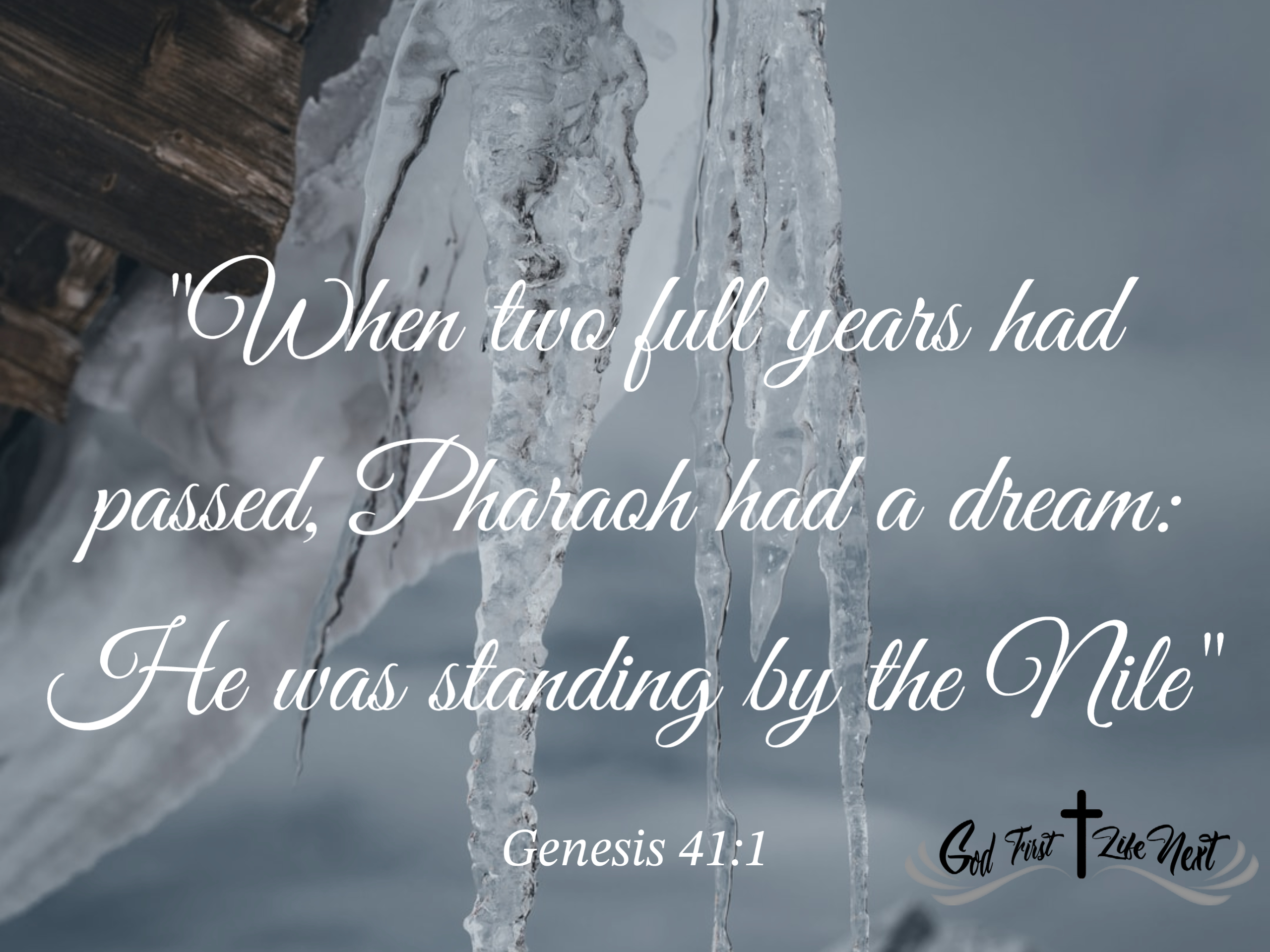 “When two full years had passed, Pharaoh had a dream: He was standing by the Nile, ‘

According to historical experts, Joseph spent about 10-12 years in prison.

Talk about patience.  Spending that much time in prison and still never giving up on God.  He knew that God had a plan for him; he didn’t know what it was though.  I’m sure that he never thought that he would be brought out of prison to see the Pharaoh’s and then interpret a dream for him and almost immediately placed as second in command over all of Egypt.

Then to top it off Joseph had to tell Pharaoh, “I cannot do it,” “but God will give Pharaoh the answer he desires.”  This took so much faith.  He told someone who didn’t believe in God that God is the only answer.  In these times, Pharaoh could have had him killed just for saying those words.

Still, Joseph never stopped having faith in God’s plan.  Even when I’m sure, he didn’t understand why everything was happening.  He had patience, perseverance, and trusted God to protect him.

Joseph had no idea that God was about to use him to save so many people, including his very own family who sold him into slavery, to begin with.

After pharaoh received the interpretations of his dreams from Joseph he asked all of his advisers, “Can we find anyone like this man, one in whom is the spirit of God?”

Are you seeing a pattern yet?

God is the reason for everything.  It is our choice of who we give credit to, if we keep our faith, and how we choose to live (godly or a life of sin).

Joseph chose to live life of God.  At every turn, he had the choice to choose sin.  He could have chosen to sleep with Potiphar’s wife, or to take credit for the ability to interpret dreams, or anything else that he was blessed with.

Instead, Joseph chose to live a God first life.

Lord today we come to you yet again to ask for courage.  We would be extremely grateful if you would grant us the courage to live a god fist life.  We know that you allow us to make “bad “decisions.  We pray that you would help give us the guidance and courage to make great choices.  Help us to choose to keep our faith.  Help us to choose to give you credit.  Help us to choose to do what is right by you, every time, not just when it’s convenient for us.  Lord, we are thankful that you give us such great examples to learn from.  Your word is full of examples, both good and bad.  Just as our life is full of examples.  Help us to model the life joseph lived by always giving you credit for every aspect of our life.