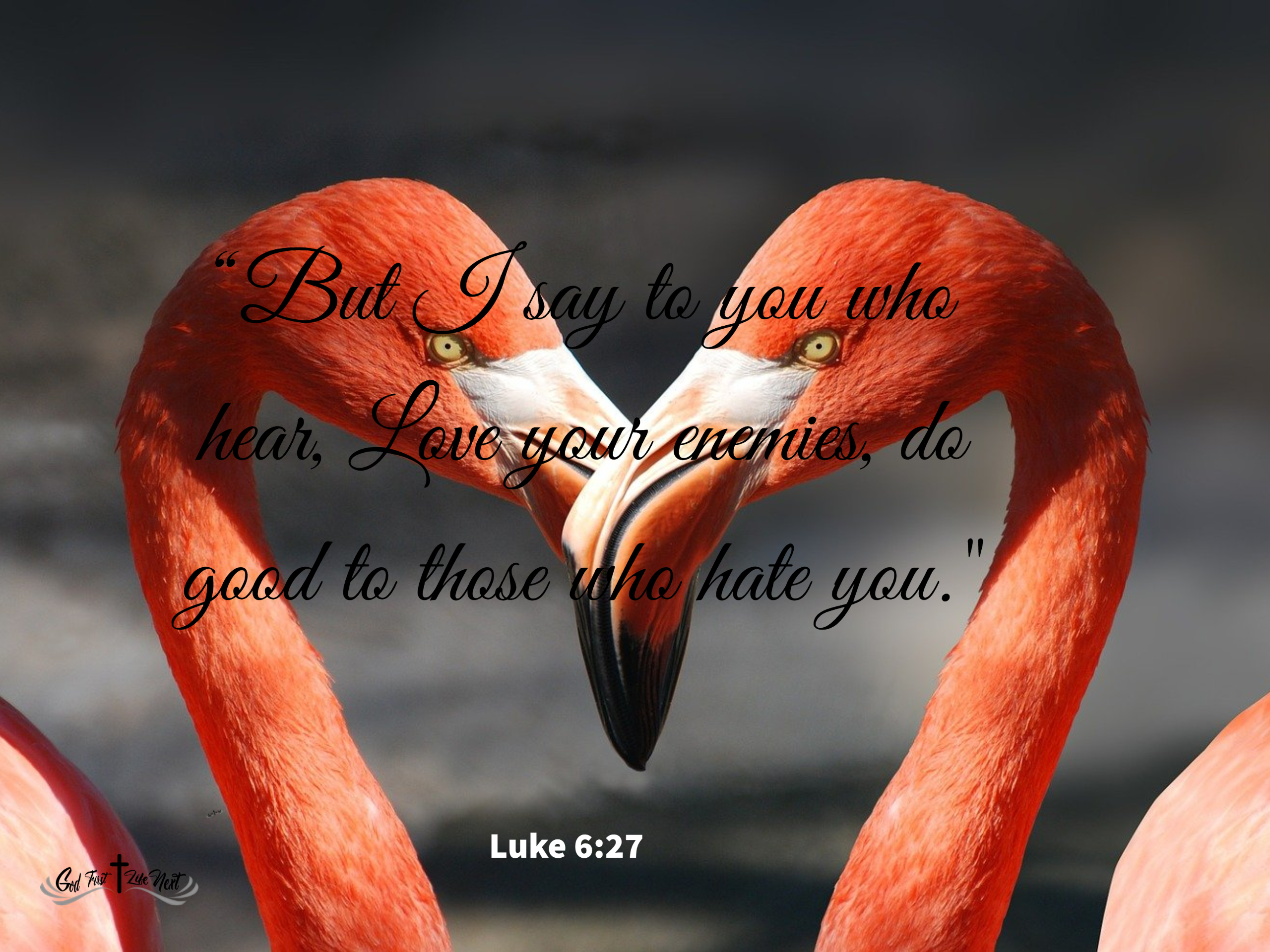 “But I say to you who hear, Love your enemies, do good to those who hate you.”

You might be wondering why would a Christian devotional talk about spring cleaning?

Well, today we are going to talk about cleaning out your sins and forgiving those who have done you wrong.

Alright, we might have been a little tricky with the title of this devotional.

But hey we got your attention right!

Let’s dig right into the cleaning.

Do you have your gloves because this is going to get a little messy? You might even want to get your Boggs on because we are going to be trudging through some messy stuff today.

Has anyone ever done anything wrong to you?

Have you ever done anything wrong to someone else?

Hopefully not every day, but chances are that if you dig deep enough you will find plenty of instances where you could have handled things differently.

It might be as simple as you got mad at a telemarketer, or blamed the police officer for giving you a ticket or even lied about something.

God wants us to forgive those who do bad things to us.

That is one of the hardest things that i have ever done.

I have to tell you a story.

She would do anything to get me in trouble. Even exaggerate stories, or because she was a superior tell me to do something, then blame for doing exactly what she told me to do when it was wrong.

To say the least we didn’t get along.

God kept putting us together in work situations though.

Then one day I read the verse above. Then he guided me to John 8.  (The story of the woman the Jews wanted to stone.)

He told me that before he would grant me peace with my coworker I had to fully forgive her.

Not just kind of forgive her, but fully forgive her from the bottom of my heart.

I had to not talk bad about her, ever, no matter what she did or said about me.

I had to take a guinea interest in her life.

He never told me that I had to like her, just forgive her.

So I prayed so much.

When I prayed I would ask that he would soften my heart and help to forgive her.

It didn’t come overnight, but eventually, I could do it easily.

Guess what happened next?

That’s right nothing.  I stopped getting aggravated when she would do things that weren’t right.  I would automatically forgive her the second it would happen.  I would say to myself that she didn’t know what she was doing.

The best thing was that it didn’t bother me anymore.

Shortly after that, I left that job for another one.

Still to this day I use what I learned.  I tell myself that if my heart can be softened to forgive her for everything that happened, then God can do anything.

The thing is that forgiving is not easy.  But really who does it hurt the most?

It doesn’t really hurt the person you haven’t forgiven, it hurts you so much more.

You are the one who is really suffering and taking the beating for not forgiving others.

So put your headphones in, crank up some great Christian music, slap some gloves on because this is going to get messy, you might even want a respirator because some of the things you are about to forgive are gonna stink.

But it needs to be done, and the longer you wait the worse it will get.

Now get out there, dig deep and start forgiving everyone who was ever done wrong to you.

God today we come to you with an open heart.  We know that you forgive us when we do wrong.  So help us to forgive those who do things that aren’t nice to us.  Help us to forgive as easily as you do.  God today I would like to pray your prayer. “‘Our Father in heaven, hallowed be your name, your kingdom come, you will be done, on earth as it is in heaven. Give us today our daily bread. And forgive us our debts as we also have forgiven our debtors And lead us not into temptation, but deliver us from the evil one. Amen