Surround Yourself With Believers 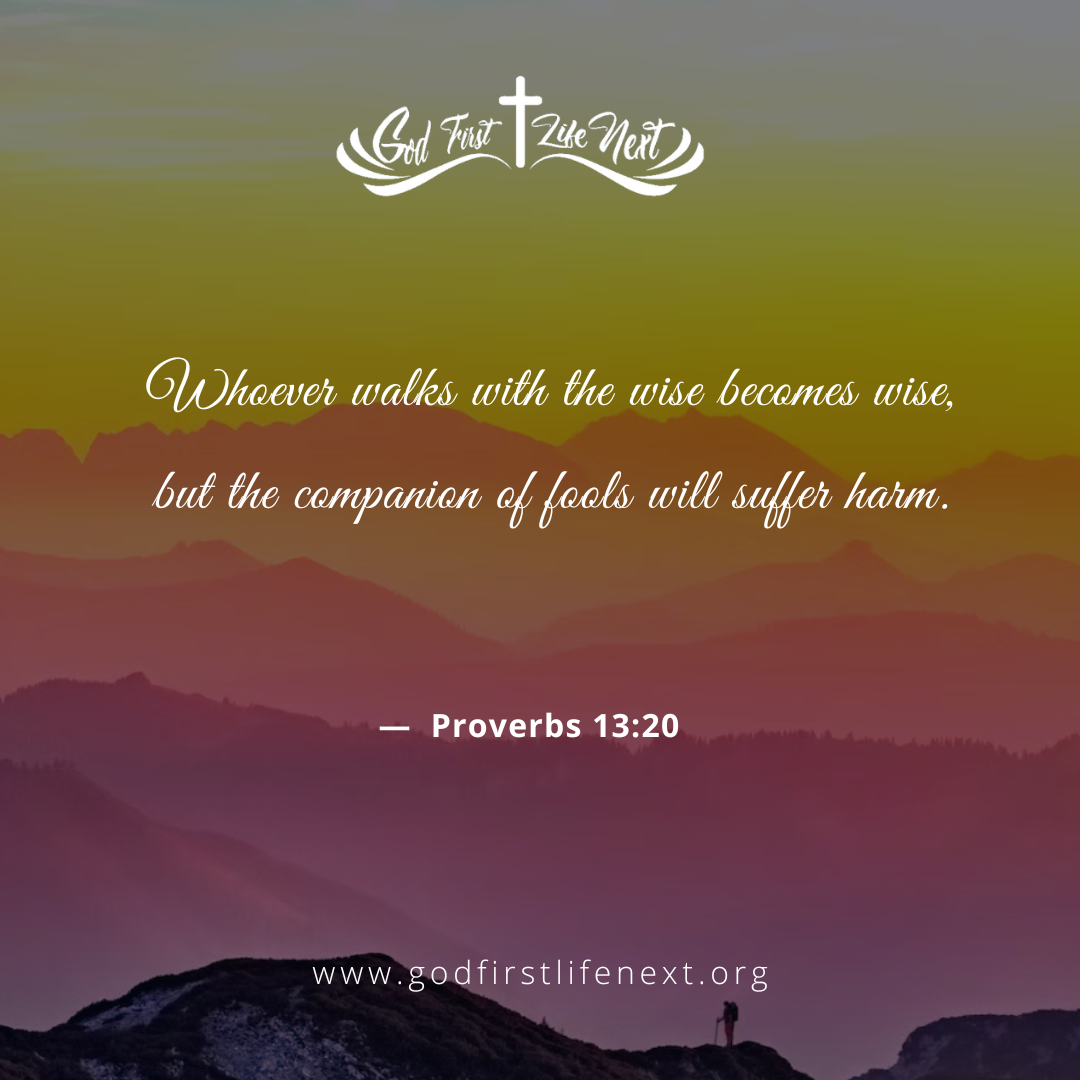 As we round the end of this amazing journey we have been on about my 7 ways to stay close to God, no matter what you are going through.

Today we are going to be hitting on the topic of surrounding yourself with believers.

As you probably know I am an entrepreneur. (still can’t spell that darn word, thank goodness for spell check!)

Something that I did last year was invest in myself.

I chose to be part of a mastermind with other entrepreneurs.

This allowed me and Jenna access to several different events throughout the year to help me stay motivated and grow.

We had one in Cancun, Mexico. Then another in phoenix where we got to bring the WHOLE family. and yet another one in Orlando.

I’d like to take a moment to talk a little bit about my journey through this process.

When we got to Mexico, I was nervous, to say the least.

First off, this was my first trip to Mexico. Jenna & I’s first real trip without the kids in like 15 years. And to top it off I was going to be in the same room with people whom I have looked up to in business for YEARS. I mean literally breaking bread with them for a week.

To begin with, I was super excited.

We got there a day early and enjoyed the resort we were staying at. Wandered down to the ocean, strolled around the beach, and found a TON of iguanas.

On the first day of the event I saw about 2 people that I knew.

I do not love being in large groups of people that I don’t know.

Jenna and I got there early and grabbed a seat right up front!!!  SCORE.

For the next few days we would continue to have amazing “luck” finding GREAT seats.

Well after the first day of the event I kind of got into a funk because I didn’t really know anyone.

Jenna could tell, and she did an amazing job at snapping me out of it.

I was still super nervous and didn’t really want to talk about our business, because I “KNEW” that everyone else was WAY ahead of us. And I didn’t want to look like a fool.

Can you say, IMPOSTERS SYNDROME??

Thank goodness Jenna is a miracle worker with my moods because……

Of course, we also found a few people that we just couldn’t seem to see eye to eye with too.

Fast forward to the next event in Phoenix a few months later.  We now knew several people there and had great conversations with them.

We met even more people, and even opened up more about our businesses. Then we started swapping ideas on how to help each other grow.

I told you all this because you need to know that we all get nervous in unfamiliar situations. Or at least most of us do anyway.

Then as we start to find a few people that we can open up to and that we agree with. It gets easier and easier to be excited about it all the time.

As I write this we are getting ready to go to the next event in a few short weeks in Florida. I am so excited to go to this one because I know what to expect.

You see, I went there last year by myself to learn about marketing and business.

This will be Jenna’s first time, so she is a little nervous and not sure what to expect.

If we do the same thing with believers that I did with this entrepreneur mastermind. Think about the possibilities.

You see when we get around other people that are excited about the same things we are, it is so much easier to be excited and sing it to the world.

That’s why the church is so important.

It allows us to be around other believers, laugh, hug, cry, ponder, you name it.

The church is not a building, it is a community of believers!!!

I know it’s easier said than done, but take a little time and find the group you are “meant” to be around.

Maybe it is a Christian yoga group for moms.

Maybe it is a Bible Study Fellowship.

It doesn’t matter what group it is as long as they are not afraid to talk about their beliefs.

Lord, today we come to you with hearts that are full of excitement. They are excited because we know that you love us.  We know that you have a group out there for us.  We know that you want us to grow closer to you and that’s why we trust 100% with our hearts that you have a place that is perfect for us. God today we want to ask one small favor.  Could you be so kind as to guide us to that group? If we are already in it, please give us a small signal that we are already there, so we can stop looking. If we are supposed to CREATE it please give us the strength to create it! (How exciting is that????)

For starters, I’d like to pause for a second and say thank you.

Thank you for letting me share these with you.

Thank you for taking a few moments to read them.

Today I am going to share the story about the best (so far) live event I have attended.

It was put on by Russell Brunson and the ClickFunnels family and it is called Funnel Hacking Live.

I started following Russell Brunson in January of 2021.

To be honest it was back in March of 2020 when he did a promotion with Dean Grazioso and Tony Robbins. That was when I was first introduced to Russell Brunson.

He is a marketing genius that truly understands the art of one-to-many selling. Has similar beliefs to mine. And loves to spend time with his family.

It took me a while to really start following him though. It was probably in November of 2020 when I broke down and bought his perfect webinar training.

Then by January, I had bought all 3 of his books.

Then by June, I bought tickets to a live event that he hosts yearly called Funnel Hacking Live.

As an entrepreneur, this was the first live event that I would attend to help me with our business.

As I walked down I was extremely skeptical of everything and everyone.  (Not judgmental, just skeptical)

It was a little overwhelming, to be honest.

What did I just get myself into?

As I found my way to the registration for the event I noticed lots of people with branded shirts, backpacks, caps, you name it they had it..

When I finally reached the check-in spot, it was all 100% digital.  I filled out this simple little form, then walked a little further and there were about 20 people standing there waiting to help me.

It was so welcoming.  They asked about my shirt size, then gave me a click funnel branded box and a name tag, and a wristband.  UGH, I HATE wearing name tags.

Then I headed back to my room to see what was in the box.

It was pretty darn cool what they gave each person. A tumbler, notebook, a t-shirt, a few pens, and some other small swag. All branded for ClickFunnels.

So I walked back down to the check-in and noticed that the schedule was plastered all over the walls of the hotel.

So, I snapped a quick picture of it so I could remember it all.

Noticed that the first session started that afternoon. I didn’t want to be late so I decided that I would be down there about 30 minutes before the doors opened.

When I showed back up there were about 1500 people standing in the hall of the hotel.

One thing you should know about me is that when I am on stage or the one hosting an event, I am not afraid of anything or anyone.

But when I am an attendee, oh boy is that a different story. I was nervous, to say the least.

Anyways, I walked past the majority of the crowd and found a nice little corner where I could stand close to the doors, so I could get a good seat.

When they finally opened the doors it was a RUSH of people all running towards the front to get the BEST seats they could find.

One thing you should know about me, I do NOT run to get a good seat. I casually walk, not showing how nervous I really am.

As I walked to the other side of the room and then up to the front section, closest to the stage. I found one or 2 seats were open.  I asked the people next to me if I could have one of them. And whaaaat I had an amazing seat for whatever was about to happen next.

The next 4 days were a blur.

I took over 40 pages of notes.

We started early and finished late every day.

God always gave me the perfect seat, every time.

The best way that I could describe this event was that it was like going to a 4-day rock show.

The atmosphere was absolutely amazing, lights, an MC to keep the show going, a DJ to keep the vibe right in the room, cameras everywhere, excited people, and tons of learning.

When I booked my tickets I decided that I would not fly out until the afternoon the day after the event ended.

Best decision I ever made.

The next day as I walked through what was Funnel Hacking Live the night before it had a whole different atmosphere and vibe.

The hotel crew had disassembled the room, and the stage was getting torn down so they could get prepared for the next event.

What was a sea of 3500 people the night before, was now pure emptiness!  There were only about 3 people there who were not hotel staff.

And me, I was typing up a devotional. The last 3 days had inspired me, to say the least.

I looked at the time and noticed that I HAD to get going. I only had about 30 minutes to get all my stuff packed and down to the lobby to meet my ride to the airport.

As I walked back by the other 2 people sitting there I said “hi” to each of them.

Then I felt this tug to say more to the lady who was sitting on the couch, she looked a little concerned.

After a few moments of conversation, I discovered that it was Amanda Homes. Chet Homles daughter. Chet wrote the book the ultimate sales machine. And she was re-writing it.

We talked for a few moments, I mostly listened to her while she talked about how she was struggling with this one chapter and how she had re-written it several times and it just kept getting longer and longer.

Then she said, “I could write a whole book just on this one topic.”

My response shocked her, “Then do it!” what’s stopping you from making a sequel to this book that expounds on this one topic?”

I had to run, but she was grateful for the advice I just shared with her.

I have been to TONS of live events throughout many different industries, but this was the best live event I have ever been to.  My new goal is to mimic this in my industry in the very near future.

My whole point of this is that I was WAY outside of my comfort zone when I first got there.

By the end, I was a little more comfortable.

And this year, I am excited to have the opportunity to go again!