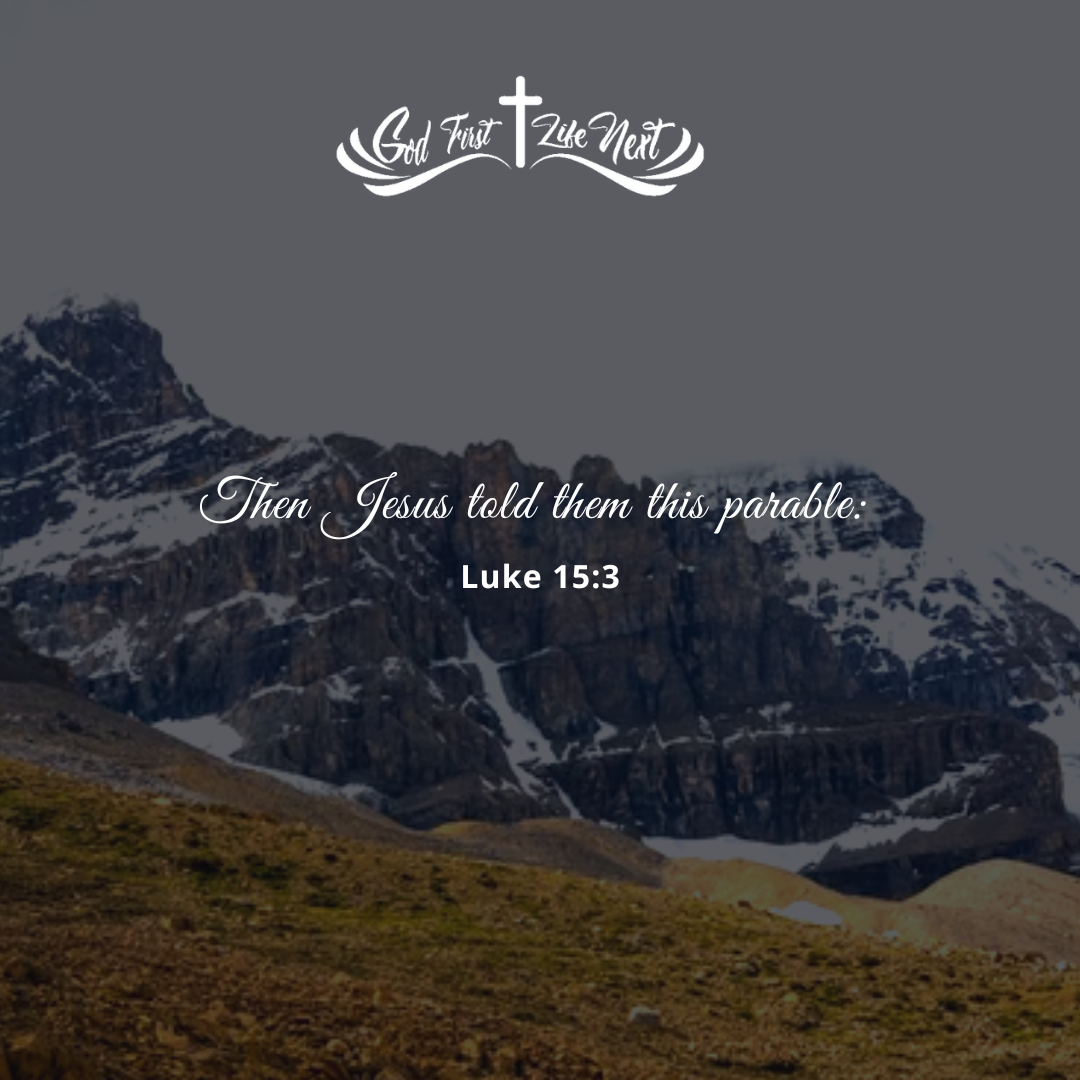 Let’s start this devotional out with a short story……

The other Jenna & I were looking around our place and noticed that we could really use a couple of new trees.  The front of our house was really bare.  I mean when you look out the front window all you can see is my parent’s house and the county road.

We also have a door with a window in it downstairs in my office and when I look out it all I can see is the chicken coop and lamb pin.

Do you know how hard it is to get inspired when you look out and see a chicken coop?

I asked her if she wanted to go on an afternoon date with me over to Cortez.

Cortez is only about an hour away from the house, and she loves going anywhere with me.

She didn’t ask where we were going or what we were doing, she just said yes.

So we loaded up in our truck and headed over to Cortez.

The drive was wonderful. We talked about so many things.

Finally, just before we got to Cortez I turned on a county road. She looked over at me and said I thought we were going to Cortez.

I said yeah we are, but I need to go here first.

She is so amazing, she just said, “Sweet I love adventures with you.”

We turned down a few more county roads, then finally I turned down this driveway. It was about a mile long.

Jenna and we were just chatting the whole time.

Finally, she looked over at me and said, “Where are we going? Are you lost?”

I just looked at her lovingly and said, “No ma’am. I am not lost and yes I know where I am going.  And you are going to LOVE it.”

Then we pulled into the pleasant tree farm. A place where they grow trees that you can buy.

She looked over with pure joy on her face and said, “Did you bring me here to pick out some trees for our home??????”

We took our time walking through the rows and rows and trees picking out 6 new trees to plant in our yard later that year. they would get dug after they went dormant.

In the spring we went back over, picked up those 6 amazing trees, hauled them home, and planted them. 4 in the front of the house and 2 where I could see them from my basement office window.

It is so amazing to see God’s creations growing in our own yard.

See what I just did there? I got you to invest in our story.

I could have just written this:

Jenna planted a few trees in our yard.  Trees have to be dug when they are dormant.

Which one makes you get invested?

Have you ever noticed that the best teachers always teach with stories?

Jesus taught with stories all of the principles through stories.

Ok in the bible they called them parables.  But a parable is just: “a simple story used to illustrate a moral or spiritual lesson”

Do you use stories to teach others?

I use stories to teach just about everything to everyone.

Sometimes my stories are 30 seconds long, while other times when I get the chance my stories can be over 30 minutes long.

The thing with stories is that they get people invested in what you are trying to teach them.

Here is what I want you to do.

I need you to try to teach something using a story. I know you can do it. heck, you probably are already doing it, you might not realize it. but I’ll bet you are.

Then after you teach using a story I want to try to teach the exact same thing to someone else without using a story.

Then see which person picks up the concept quicker.

God, you are AMAZING! We truly do appreciate everything that you do for us.  We appreciate that you used the bible to teach us how to teach others.  Just like the parables were stories that taught lessons, the parables taught us that telling stories is the best way to teach others. You used stories to teach us how to tell stories. For that we are grateful.  God, today I would like to pray for everyone reading this.  I pray that you would give us all the encouragement and wisdom to start teaching with stories.  Teach us to teach others the way you teach us.  Allowing us to have the ability to share the knowledge you have given unto us with the world.  God, we pray for open ears, hearts, and minds so that the words you give us do not fall on deaf ears. I pray that you would give us the encouragement to do things that are HARD, and give us the strength to push when things are difficult. Give us the knowledge to share that will help us bring others closer to you. Help us not want or need recognition, but instead give you FULL credit for everything. Because God, without you none of this would even be a possibility.  God today I pray that you would help me in particular teach and share the lessons that you have given me to share. To help others.

I might have already used this story, but it is a GREAT one that I learn from Myron Golden. So I use it often.

The other night at a youth event I asked for 3 people who never volunteer for anything.

You can tell who they are because their friends are helping them to hold up their hands.

The ones who are willing to hold their own hand up, are not the ones who “really” are scared to be called on.

Then I asked 3 of those terrified kids to come up on stage.

They all did it one by one.

I held the mic and asked them their name.

The first girl whispered into the mic, “Rebecca”

The next girl up there mustered up all of her courage and said, “Rachel”

The last one was a boy. As he stood up there looking at the ground, literally looked away from me when I looked at him. Because he knew what was coming.

When I got to him he answered, “Sheo” it was so quiet that I had to repeat on the mic so everyone could hear.

Then I took out my wallet and pulled out a few bills. Making sure that the kids up there saw that I had several bigger bills in my wallet.

Then I asked all 3 of them if any of them would like to have any of this cold hard cash?

They all shook their heads yes, no one actually answered with words though.

Next, I fanned out the bills in one hand and said, “Ok, I’m going to close my eyes and it’s your job to take ONE bill from my hand.

So I did exactly what I said I was going to do.

What happened next SHOCKED me.

I mean nothing. I could literally hear crickets chirping and the rest of the kids rustling in their seats.

So I opened my eyes, made a joke about it, and said, “no really you have to take this or I’m going to put it back in my pocket! Ok, I’m going to do this one more time.”

I closed my eyes and held out my hand.

Then finally about 30 seconds later one of the girls slightly pulled out one bill from my hand, about 10 seconds later the other girl came and took a bill. Then FINALLY the boy came over and took the last bill.

Remember my eyes were closed so I didn’t know who took what.

After I finally felt the last bill leave I opened my eyes and saw them hiding the bills behind their backs.

(I never told them to hide them.)

I literally laughed out loud. And said, All of you just got a little richer and you are choosing to hide it!

I said to her, “you chose to take action first, so you were rewarded the most! Who got the $20?”

The next girl held it up.

I said, “you took action next, your reward was higher than the person who took action last. If we wait and wait we are left ½ the reward.”

Then I looked over at the boy. And said, “bud what happened?” he shrugged and looked at the floor.

I continued, “you are twice as strong as these girls, what the heck, you should have been the one holding the $50. But guess what? You still chose to take action! So you were still rewarded. But how do you feel right now?”

His answer shocked me, “I feel like I shouldn’t have hesitated to take action. Because I hesitated, I ended up with 1/5th of what I could have had.”

Then I asked him, “So what did you learn?”

“TO TAKE ACTION instead of hesitating, especially when God encourages you to do something, do it!”

You see I could have told these youth this story, but would they have learned the importance of taking action?

I could have told you

I gave some kids some money to teach them the importance of taking action, but would you have really wanted to go try this to see if you could get others to take action?

Now, do you see the importance of teaching with stories?

Now get out there, take action and start teaching with stories.