You were created for a purpose! 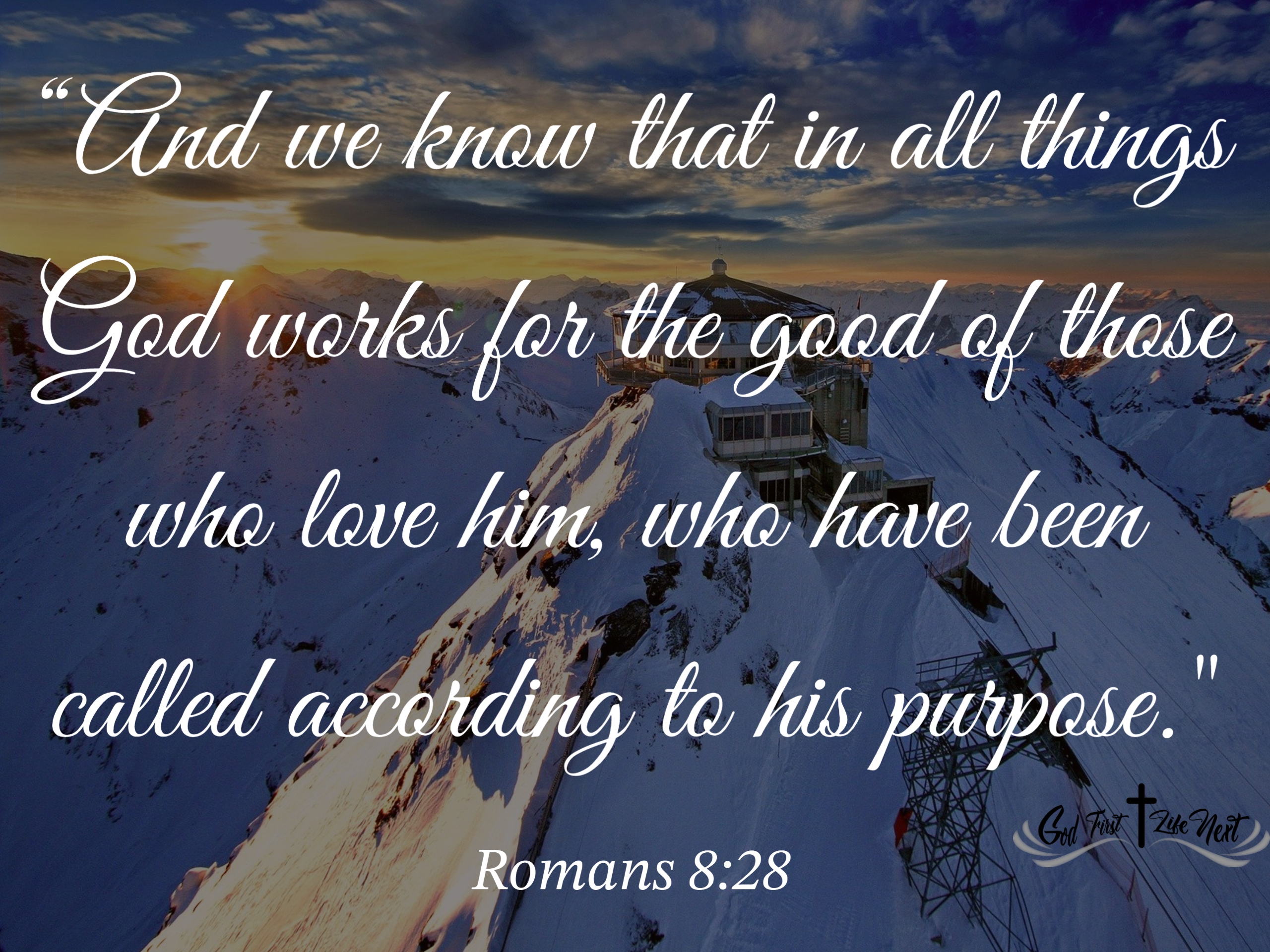 “And we know that in all things God works for the good of those who love him, who have been called according to his purpose. “

One of my favorite songs right now is “Nobody” by casting crowns.  In the song, it says, “Moses had stage fright, David brought a rock to a sword fight, you picked 12 outsiders that no one would have chosen and you changed the world.  The moral of the story is that everyone has a purpose”

Do you think that Moses knew his purpose while he was going up in Egypt?  He had no idea that God was going to call him to leave, then go back when he was much older and require Pharaoh to release the Jews.

Did David know when his dad sent him to the front lines to deliver bread to his brothers that he would be the one who would single-handedly defeat the giant Goliath?

What about the 12 disciples, did they know when they followed Jesus that their lives would never be the same again?  That soon they would be performing miracles themselves, chasing out demons, spreading the word of Christ.

None of these people knew that their lives would be changed until after God called them and they listened to his calling.

Personally, I like knowing what’s going to happen and why it happens.  One thing that I have come to the realization of is that God doesn’t want me to know what’s coming sometimes because then I would be prepared and my actions would not be what he needed.

Do you really think that Daniel would have had the courage to trust God if he had time to prepare before he was thrown into the lion’s den?

I can tell you what I would have done.  I would have said good-bye to my loved ones, and told them how to handle my estate.  The thing is that God didn’t give him time for that because he needed Daniel to rely on his faith.

God has great plans for all of us.  Yes, he has HUGE plans for you!!  Never forget that.

The same God that created the heavens and earth and everything in them, created you.

Lord, we come to you today to say thank you for creating us.  We know that you have a plan for us and we are thankful that you don’t tell us your plans.  Thank you for giving us such great examples to look to for wisdom and courage.  We know that you didn’t have to create us but you chose to and we are thankful for that.  Help us to remember when things don’t go as we expect them to, that you do have a plan for us.  And whether we know it or not we are right where you need us to be.  Help us to be ready when you call on us, give us the strength to take down our giants, give us the strength to stand up to the world in your name.  Lord thank you for being there for us.