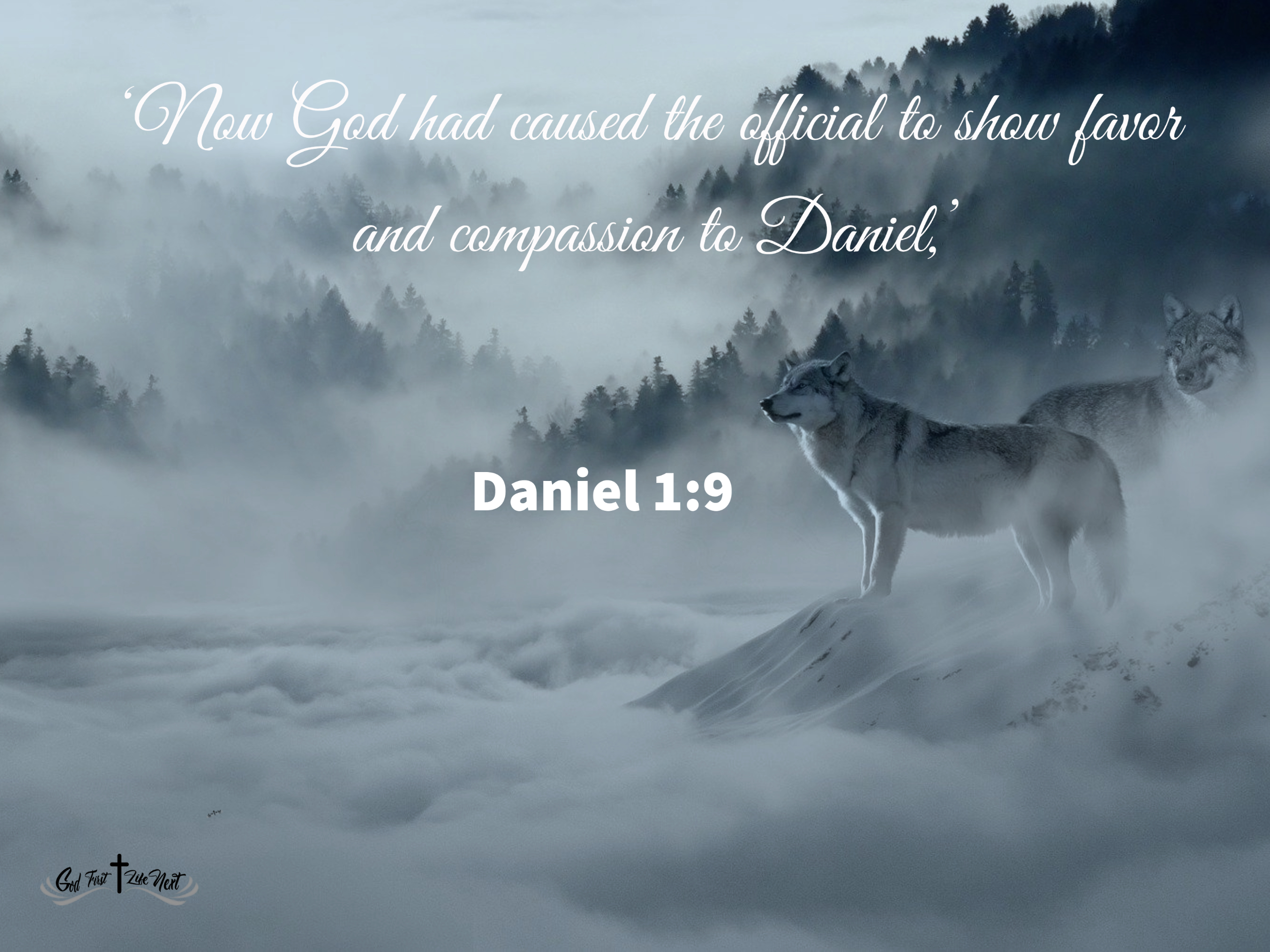 ‘Now God had caused the official to show favor and compassion to Daniel,’

If you grew up in church, you probably cut your teeth (so to speak) on stories of Daniel in the lions’ den.

You may also have heard about Daniel’s friends, Shadrach, Meshack, and Abednego, who faced a similar—ahem—degree of persecution. (Okay, we’ll stop now.)

But wait! There’s so much more! Read on to discover seven things about Daniel we think you’ll find fascinating!

Over the next few weeks, we will be discussing the story of Daniel (one of my favorite books of the bible. And not just because we have the same name. lol)

Let’s get back to the verse and put it into perspective.

Daniel did not want to defile himself before God.  So he asked the guard to allow him and his friends to only eat vegetables and none of the food that was not prepared by the customs of his people.

The guard was not at all ready to allow him to do so.  In fact, he was downright scared to let this happen. Because the king would kill him if he allowed these young men to get weak and not be as healthy as the others.

Daniel used a special power. Ok it’s not really all that special, it’s a power that God gave to all of us.  We just have to figure out how to use it.

He used the power of persuasion to get the guard to allow them to eat only the non-defiled food.

Daniel said, “Please test your servants for ten days: Give us nothing but vegetables to eat and water to drink.”

He knew that talking like that wouldn’t have gotten him anywhere.

You see Daniel was not just good at interpreting dreams, he had a way with words. He had tact.

Winston Churchill once said, “Tact is the ability to tell someone to go to hell in such a way that they look forward to the trip.”

I know that Daniel had tact, so much in fact that he did convince the guard to allow them to eat only vegetables and drink only water.

Then the Lord blessed them by keeping them healthy.

Have you ever thought of Daniel being tactful?

Today we want you to think about the last time your words were blessed by God.  Think back to the last conversation you had, did you use tact?

Lord today we come to you with an open heart, open mind, and open soul.  We have a few favors to ask of you.  First God we would ask that you bless everything we eat to be as nourishing as what Daniel and his friends ate.  Second, we would like to ask that you bless our words, actions, and attitudes to be as tactful as Daniel’s were.  We know that you blessed his words and opened the ears of the guard so that he could hear what Daniel and his friends really needed.  We pray that you would bless our words the same way.  To give us what we need. Help us to realize that what we need and what we want sometimes are two completely different things though.  God, thank you for giving us the opportunity to share Daniel’s story with others.  Thank you for writing our story so that we can share it too.  Thank you for every gift you have ever given us.