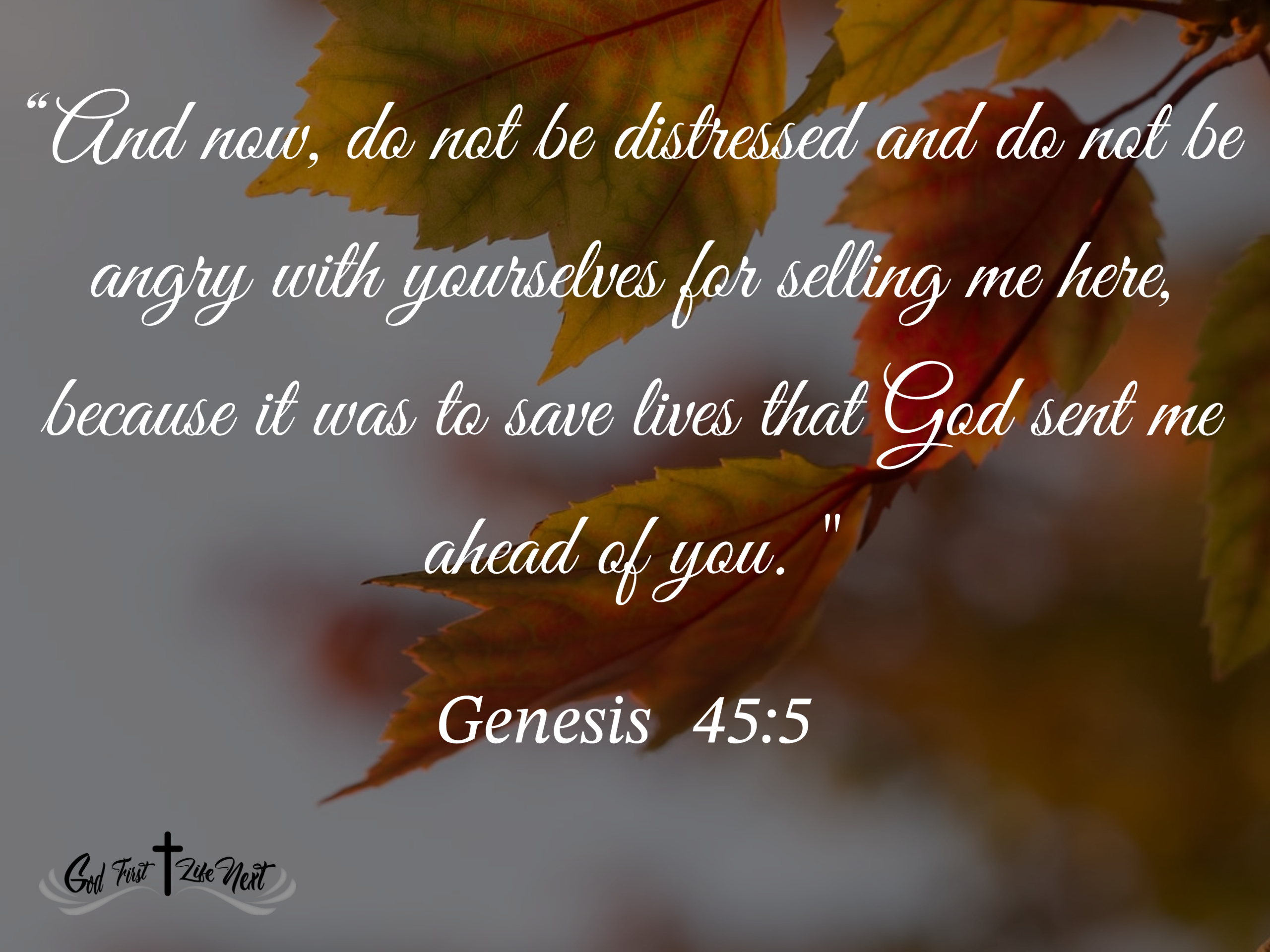 “And now, do not be distressed and do not be angry with yourselves for selling me here, because it was to save lives that God sent me ahead of you.”

Today we skip ahead in the story of Joseph to really talk about forgiveness.

Joseph’s brothers came to Egypt to buy food the first time left their youngest brother, Benjamin at home.  Joseph recognize his Brothers and had his servants return all the money that paid for the grain.

Joseph, it already forgave them for what happened.  He knew that God needed him to be there and did not blame his brothers for what they had done to him and how they had made him suffer.  Instead, he chose forgiveness.

When his brothers came back, a second time to buy food he made sure that his father was in good health and required them to bring Benjamin with them.  I’m sure these seem like strange questions and requests to his brothers because they did not recognize him.  God had blinded them to who he truly was.

What’s up Cinema way with their grain again he put the silverback in their bags this time he had his servant put a cup in Benjamin’s bag.  After that, left he sent his servants out to bring all the brothers back to Egypt.  What happened next he didn’t expect.  We told them that you were going to keep Benjamin as his slave several of his brothers stood up and said please don’t take me instead.

Even though Joseph had forgiven them for what they have done, they haven’t forgiven themselves yet.  They remembered how much grief it causes their father who is the son.

Surely, after that, Joseph revealed himself to his brothers and that’s where scripture for today comes from.  he consoled them by telling them that God had a plan and that he’s already forgiven them for what they have done and if they hadn’t have done that and he wouldn’t be able to save as many people as he did.  You see he knew what they didn’t he understood that God was working through him in so many ways.

Much like the way God works in all of our lives.

Today we would encourage you to think about what and who you haven’t forgiven for things that have gone not as planned.  Take a second search deep in your heart and pray for God to soften it so you can forgive.  If Joseph can forgive his brothers for selling him into slavery if he can forgive Potiphar’s wife for falsely accusing him if he can forgive the cupbearer we’re taking two years to remember him.  Then there’s nothing that we can’t forgive.

You see God can do anything if we let him.

God Almighty maker of heaven and Earth creator things that are good.  We come to you today to ask if you would soften her heart allow us to forgive those who have sinned against us.  Lord, we also pray that you would soften their hearts to allow them to forgive us for what we have done to them.  We know we’re not perfect we know that we make mistakes every day.  That’s why we ask for forgiveness constantly.  We’re so thankful that you’re a forgiving God because if you weren’t we would never stand a chance to enter into your kingdom.  Lord, we are thankful for what you give us such great Inspirations throughout the Bible to learn from.  We’re grateful that you gave us the power to forgive others.  Help us to remember that we need to use that same power to forgive ourselves for what we’ve done wrong.  God, we’re thankful for your son, we’re thankful for the power of forgiveness.