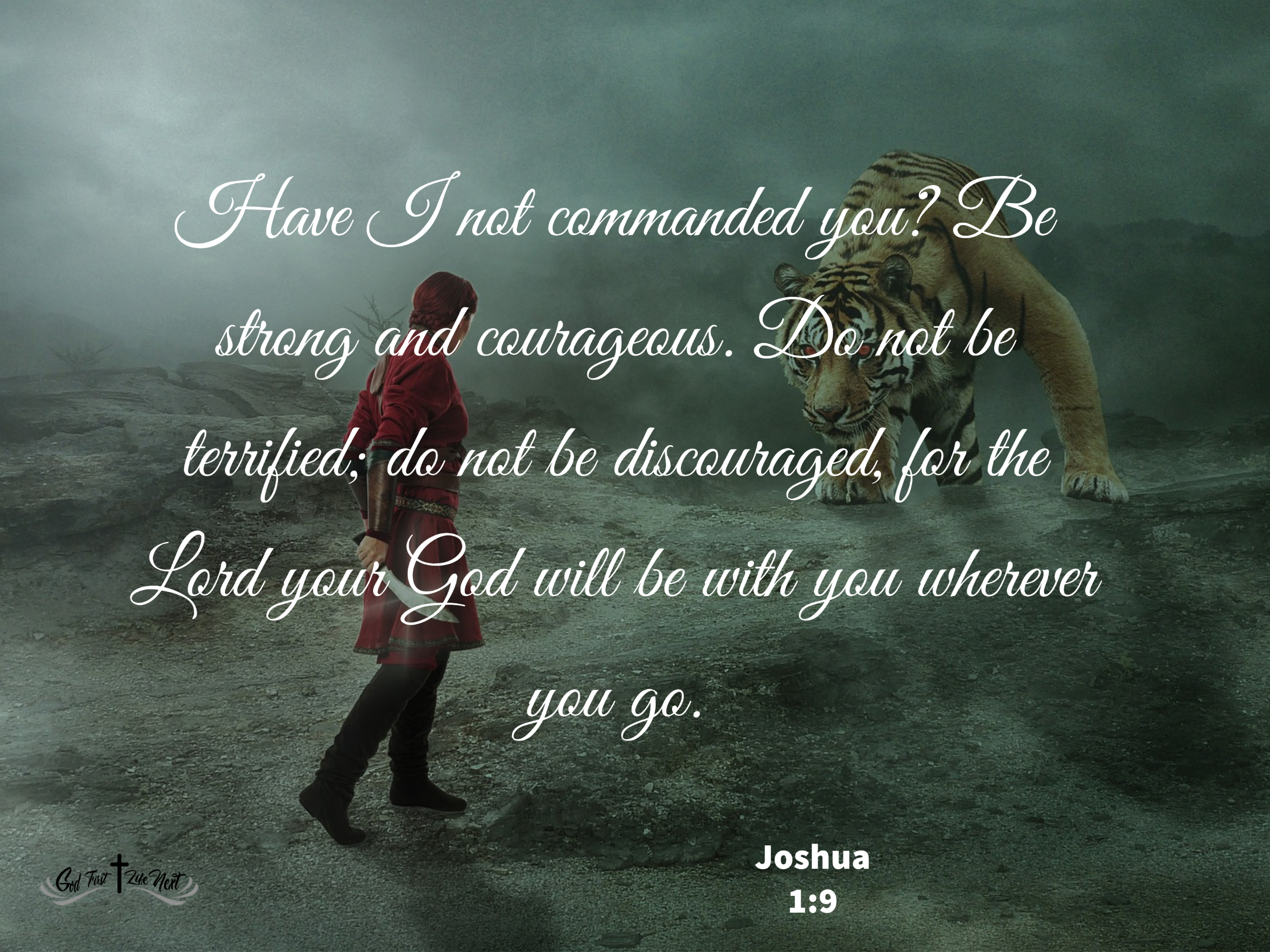 Have I not commanded you? Be strong and courageous. Do not be terrified; do not be discouraged, for the Lord your God will be with you wherever you go.

Courage isn’t something that comes easy to everyone.

What were we afraid of?

The simple fact that we could be told “NO” or “Not tonight.”

AS we got older we had to gain the courage to ask a girl or guy out on a date.  Then even harder than that, at least for me, was the first kiss.

Then as the relationship grew, getting the courage to go look at engagement rings.

But it didn’t stop there, did it?

No, I had to be sure that she was the right lady I wanted to spend the rest of my life. Then I had the courage to ask her to marry me!

Did it end there?

Do you get the picture yet?

The fact that we have to keep mustering up the courage to make decisions every single day never ends.

It took me forever but there is something that I learned that I’m thinking might be able to help everyone else with being more courageous.

Every Time I need to make a large decision, or heck even a small one.  I ask God for his guidance.

I ask him to help give me the courage to make the right decision.  The choice that is best not only for me but also for his plan with me.

Do you think it was easy to start God First Life?  A non-profit that is going to help spread the word of God.

The answer is surprising, YES it was easy.

God guided us through the steps so effortlessly, because we gave it to him.

Courage is something that all have to have, every day.

Today we want to encourage you to have the courage to show the world God in the way that you live your life.

Live in a way that if you were put on trial for being a Christian, there is no way that the verdict could be anything but GUILTY, they are a CHRISTIAN.

Have the courage to show everyone around you, yes even complete strangers that you believe in the one and only ALMIGHTY God, the holy spirit, and his Son Jesus, who was persecuted, and died for our sins.

Lord God, you are amazing.  We are so blessed that you have chosen us to spread your word to the world.  God as we build our tribe of Christians help us to encourage them to have the courage to give everything to you.  God, we know that you are the only God.  we know that you are all-powerful.  You created this awesome wonderful world that we live in, and God you created us.  We know that you can give us powers that are unthinkable.  The power of courage.  The power to show the world you.  The power to live a God First Life.  God, you are amazing.  Lord today we come to you with open hearts, minds, and bodies and pray that you would give us guidance.  Guidance to do what you need us to do.  God, we know that you have a plan for us.  Please give us the courage to carry out your plan effortlessly.  Help us show the world who you are  by the way that we live our lives.  God, you know us better than we know selves.  So please help us have the courage to give it all to you.  Lord thank you for everything and every way that you bless us. Please give us strength.

In your precious son’s name, we ask all of this.