How do your decisions today effect others tomorrow? 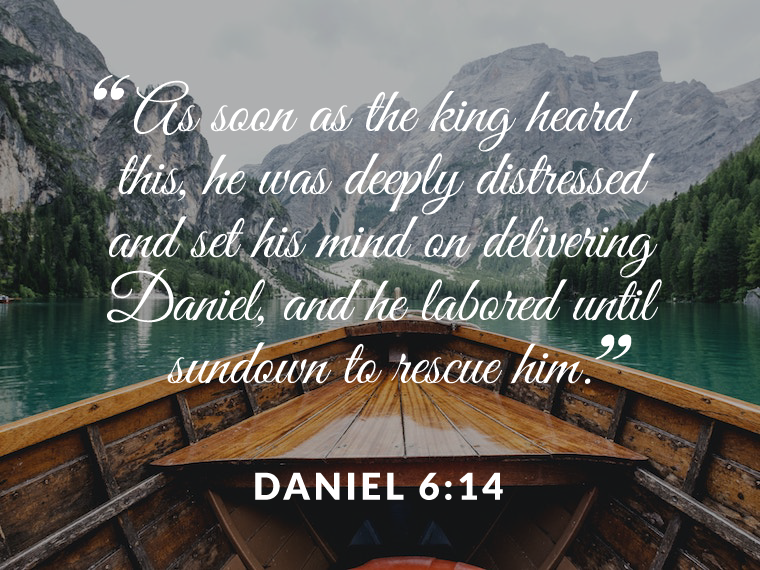 “As soon as the king heard this, he was deeply distressed and set his mind on delivering Daniel, and he labored until sundown to rescue him.“

When the king made the decree that no one in the kingdom could not pray to any God or person other than the king for the next 30 days he didn’t think about how it effect his beloved friend and advisor, Daniel. Daniel was faithful, and the men who convinced the king to issue the rule knew that Daniel would continue to pray to God for guidance. What they didn’t realize is that God was allowing to happen for a reason. So he could be glorified.

What decisions have you made that effect others lately? Did you say something that you could take back? Maybe you forgot to drain a hose and it froze then your spouse went to use it and it was full of holes? We all make decisions everyday that effect others. There is no way to make a decision that wont affect someone else.

The question I have is when was the last time you prayed before making a decision? When was the last time you prayed before you went into a meeting, or made a call? I am guilty of trying to rely on my own wits a lot, just like king Darius did. Then just like king Darius I try extremely hard to make it right but fail and have to depend on God. That’s what God wants us to do, lean on him all the time. The bible doesn’t say that the king prayed earnestly but I would guess that he prayed all night long to God. God was generous to Daniel because he found that he did not do anything wrong. I would also say that he was generous to the king by saving Daniel.

Lord we pray today that you guide our every decision. We know that you work in ways that we may never see. We know that everything happens for a reason, even if we don’t understand we know that you do and that is good enough reason for us. God as go through our day we hope that your spirit will guide us. Allow it to guide us through our every action, allow us to give you full control of our lives. God we are thankful that you
are involved in our lives and that you help us. Lord we thank you for all of the abilities that you have giving us. Thank you God. Thank you.