Living in an Ungodly Culture 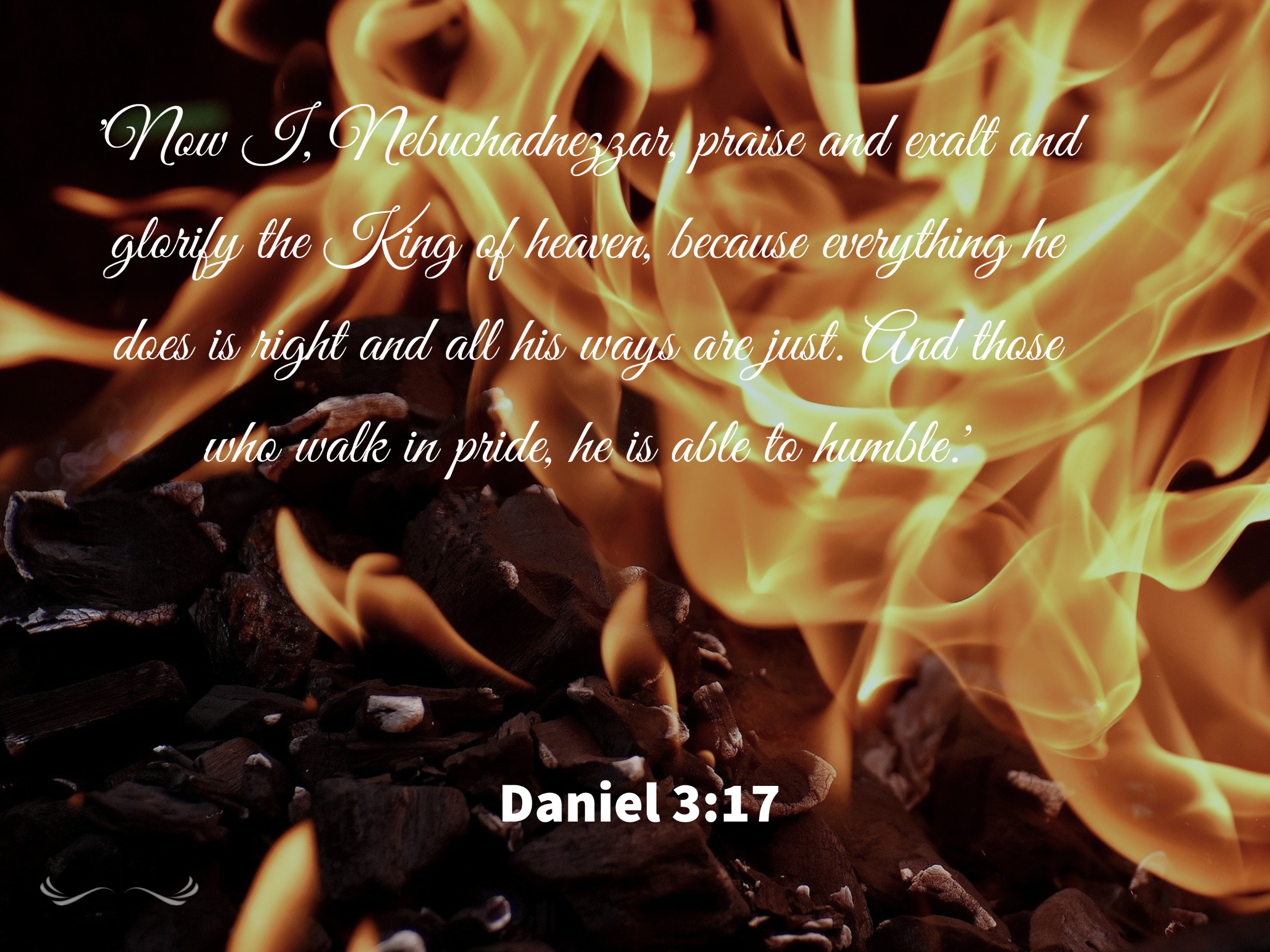 “Now I, Nebuchadnezzar, praise and exalt and glorify the King of heaven, because everything he does is right and all his ways are just. And those who walk in pride, he is able to humble.’

Did you know that Daniel maintained a vibrant faith in God despite living and working in an ungodly culture surrounded by unbelievers.

Believe it or not, Daniel was eventually made the chief of the magicians, enchanters, astrologers and diviners (Daniel 5:11).

He was in charge of all these men.

Which sounds like they were not just his colleagues, they may actually have answered to him.

They looked to other things for their false power, and were involved in practices that were forbidden by God (Leviticus 19:26).

What does it take to live uncompromisingly for God in a Godless environment?

From the time Daniel arrived in Babylon, the pressure was on to be indoctrinated into the Babylonian culture.

And yet despite being surrounded by all of these other non believers, these four men stayed true to their faith.

They lived and worked and yes even thrived in that culture without letting it undermine their relationship with God.

It was because of their belief that they brought King Nebuchadnezzar to believe in the creator of the world.  It brought him to a point where he actually praised the same God we praise.

Today we want to encourage you not to get disheartened when you are surrounded by unbelievers.  In fact we would ask that you proclaim your faith and let them see how God is working through you.

You never know you might be able to take someone who “hates” God and turn their faith around.

If you have never watched God’s Not Dead, we would highly encourage you to watch that movie.  It is one of our family’s favorite movies.  We watch it several times a year.

Lord God almighty we know that you can do anything.  You have parted seas, given people food to eat off the desert floor, fed 5000 men with a few fish and several loves of bread.  You created this world and you created us.  God we know that you are amazing and we are blessed that you chose us to help spread your word and to light the light of Christ in so many others.  God we pray that you give us the strength needed to keep moving forward. Even when we can’t see how you are working through us.  God we want to just thank you for being there for us and giving us the comfort we need.  Help us help your mission by never losing sight of your son or of your word.  God you are great, we know that you can soften the heart of anyone. God thank you for allowing us to help others see you through the way we live our lives.