Patience Comes With Many Hard Times 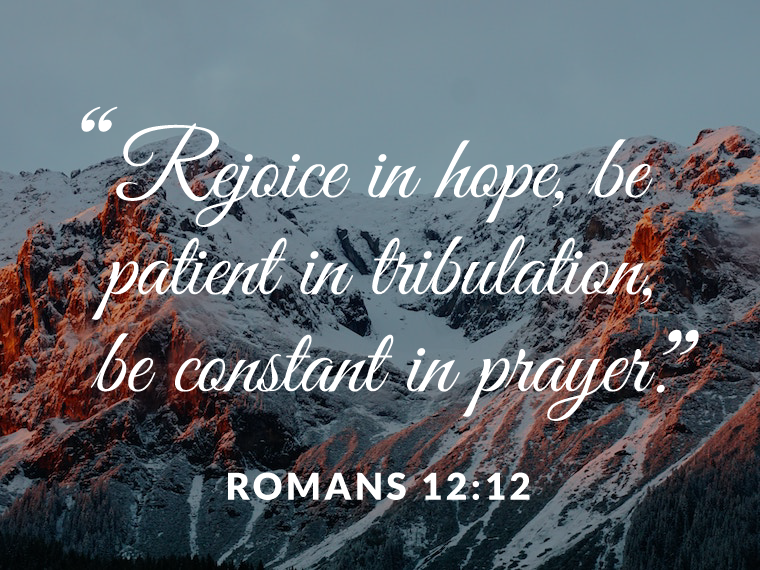 “Rejoice in hope, be patient in tribulation, be constant in prayer.”

Last week we talked about Joseph, his childhood, and how God was setting him to be successful even when he might not have realized it. This week we are going to dive further in to Joseph patience and why we should all strive to be a little more like him.
We left off right when his brothers sold Joseph into slavery for 20 shekels of Silver or about $136.16 in today currency. When Joseph reached Egypt, (more likely than not walking the entire way) Potiphar, one of Pharaohs officials, bought him. This was God working again in Joseph’s life even if he didn’t realize it. Within no time, Joseph was Potiphar’s lead man. Potiphar had entrusted just about everything to Joseph. God was with Joseph and he prospered. However, there was a slight snag, Potiphar’s wife thought that Joseph was a handsome young man and she wanted to sleep with him. Now I’m just throwing this out there, but I would assume that she was used to getting her way.

Joseph was a righteous man though and wouldn’t sleep with her. He told her, “How then could I do such a wicked thing and sin against God?” Genesis 39:9 I absolutely love this answer! He didn’t say, “No your too ugly”, or “no my master would be furious”, or even, “maybe, but let’s make sure we don’t get caught.” He told her how could I sin against God. She on the other had was furious with this answer saw the opportunity to make him learn with her lies and told everyone that he came to “make sport of her” until she screamed and scared him off. Literally quite the opposite of what happened. Nonetheless, Potiphar soon found out and sent Joseph to prison for a crime he didn’t commit.

Again, all of this happened to Joseph for a reason. I’m sure in the moment he didn’t realize it but God was working on saving hundreds of thousands of people and needed Joseph to be able to handle tough situations with dignity and a sound mind.

Joseph was in prison for about 2 years and during that time, the prison keeper put Joseph in charge of the entire prison he was in. Again, God led Joseph to a place of leadership. Two of pharaohs officials were jailed in that same prison and they both had dreams the same night. They came to Joseph and through God; he gave them the interpretation of their dreams. One was promising and the other not so promising. Both dreams came true just as Joseph had said they would. Again, Joseph had to learn more patience because neither official honored their word and told Pharaoh about Joseph and his strong relationship with God. Here is the thing; we almost want to blame them don’t we? I know that I do. However, they were doing what God needed them to do. God wasn’t ready for Joseph to be revealed to the world again.

Later the chief cup barer remembered Joseph and told Pharaoh about him after no one else could interpret his dreams. In short, order Joseph was cleaned up and brought to see pharaoh. Again, through God Joseph gave pharaoh the interpretations of his dreams. The key here is that Joseph didn’t take any credit for the interpretations; he gave it fully to God. Without patience and wisdom, Joseph might have been tempted to say, “Well Mr. pharaoh after hearing your dreams here is what I have determined.” Instead, he replied “I cannot do it,” Joseph replied to Pharaoh, “but God will give Pharaoh the answer he desires.” Genesis 41:16

Joseph goes on to be second in command of the land of Egypt. His first visions come true when his brothers come down to buy grain; they literally bow down to him. Joseph didn’t hold any grudges though he sold them grain, and then placed the silver they paid with back into the sacks secretly. The story doesn’t stop there, but that’s where we are ending today. I highly encourage you to back and re-read the entire story of Joseph to learn about his patience.

God we come to you today with such a humble heart. We are thankful that you utilize us in ways that we might never fully understand. We are thankful that you help us to grow through the situations that we see as, not great. We are thankful that you continue to give us hope, and strength. God we pray that you would open our eyes to you and your ways. Help us to always give you credit for everything that happens, even when those things don’t seem to be in our favor. Help us to have the patience to realize that you are great and always good. You are working for us, not against us. Lord we would like to take a moment and ask that you open our eyes to see you and your work in our lives, open our ears to hear the work you are doing for us, and help us to keep our mouth shut so we can hear and see you. Help us to glorify you in every aspect of our lives. We pray that when others see the way we live it encourages them to live a more righteous life.

God thank you for your son, for the sacrifices that both you have made for us, thank you for being there for us, even when we lose sight of the path. Thank you.