Stepping outside of your comfort zone. 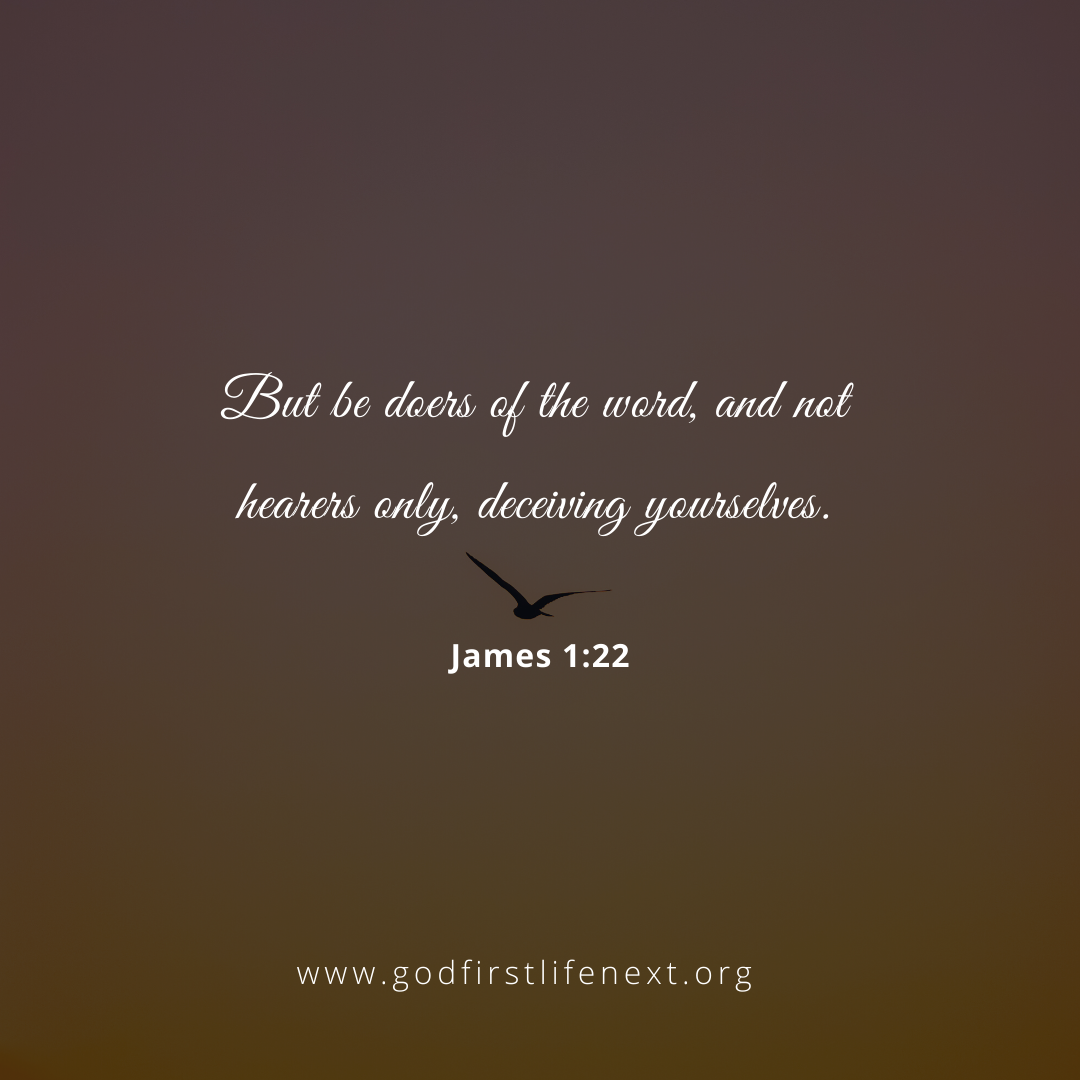 “But be doers of the word, and not hearers only, deceiving yourselves.”

I would say that when it comes to stepping outside your comfort zone, none of us are experts.

Some of us might be better at it than others are but still, none of us are experts.

When we look throughout the bible, the people who are mentioned stepped outside their comfort zone though.

Look at Matthew when we stepped out of the boat.

David as he faced Goliath.

Noah as he built the ark.

Daniel when he asked not to eat the king’s food, or when we asked for more time to decipher the king’s vision, or when he continued to pray to know that it meant his death.

These are just a few people who stepped up and out of their comfort zone in the bible.

There are WAY more examples.

But we won’t keep going.

Do you think it was easy for any of these guys to step up and out of their comfort zone?

But they did it.

And God rewarded them handsomely for it too.

The thing is that when you stay in your comfort zone you miss out on sooooo much.

And those who chose to never leave their comfort zone don’t even realize the potential they are missing or the things they might be able to experience.

I’d like to tell you a quick story about stepping out of my comfort zone.

It all started back when I was 16.

My friend Angie asked me if I’d go to her birthday party.  We were just going to be hanging out with a few of her friends, bowling, and maybe hit a college party later.

I didn’t really know many of her friends, but I agreed to go.  (No 16-year-old boy in his right mind would say no to a good-looking girl!)

I met her and her friends (3 other girls) and I was the only guy there.

Talking about being out of my comfort zone, I didn’t expect to have 4 hot girls at this party and be the only guy there. I was nervous, to say the least.

We started off by bowling, then as the party grew a few more people showed up, I had become accustomed to a new comfort zone (1 guy 4 cute girls).

After a while 2 girls and I were hanging out quite a bit and joking, then we started playing shuffleboard with just 2 of us.  I had never played before, but hey I was already out of my comfort zone so why not.

We had a BLAST.

The same girl that I had been hanging around with, playing shuffleboard with most of the night sat on mine.

I went even further out of my comfort zone, and reached up and touched her hand.

She looked back at me, smiled, and then grabbed my hand, pulled it up on her thigh, and placed her hand on mine.

I took a risk and it paid off.

We spent the rest of the night hanging out together and didn’t really worry about anyone else.

I should mention that the college party was a bust, I mean it really stunk. So we left and just went to hang out in a park as a group.

Here is the whole moral of all this.  You have to step out of your comfort zone to GROW!.

I stepped out of mine and met my future wife, Jenna!

With an amazing, gorgeous, Godly woman who truly loves our family.  I would not be writing these devotionals, I would not be running Eclipse DOT. We would have never brought Gary Chapman in for an event.

The thing is that if you want to change who you are and where you are heading you get uncomfortable.

No it’s not going to be easy, but you have to do it.

This is the place where you take action.

I don’t care how small the action is, you just need to take some action.

What I want you to do, is the next time you feel the urge to do something that is not comfortable.

As long as it is moral, you won’t end up in jail.

I am definitely not telling you to cheat, lie, or steal.  Nothing like that!

What I’m saying is that when you get the opportunity to sponsor an event, do it.

We ask all the things in your precious son’s name.

We have been talking all about stepping outside your comfort zone.

The other day I went on a 3-day camping trip with Nathen, our son’s 8th-grade class.

It was awesome!  We went and checked out some amazing Indian settlements that were abandoned. We did a little hiking.

The kids played lots of games.

The kids had to plan, buy and cook their own meals throughout the entire trip.

On the second day, we went for a hike to a place called Eagles Nest.

We had seen quite a few cliffside dwellings already but this one was pretty darn cool.  You had to climb a ladder and then walk along a ledge to get over to the dwelling.  It was an amazing experience.

Because of the height, the teachers didn’t push any of the kids to visit this last dwelling.

On the other hand, I was pushing those who were unsure if they really wanted to go.

I looked over at Nathen and asked, “you ready? Let’s go”

Most of his friends were sitting down resting, they were not going to take the extra effort to climb the ladder and go check out Eagle’s Nest. You know how most 13-14-year-old kids are. Lol

Anyways there were a few of them who I could tell were a little scared of heights, but really wanted to go.

They were simply allowing their “friends” to dictate their decision and making a mob mentality decision.

I found those kids and gave them the extra push to climb the ladder and visit the Eagles Nest dwelling.

Nathen looked up at me and said, “dad I’m good.”

I looked back at him and said, “you are not good, and I want you to show these chumps how it’s done in the Greer house. Now step up of your comfort zone and climb that ladder so we can go check this out together.”

He looked at me with shock in his eyes.  I could tell that he was thinking, how can you say that in front of them.  They are going to hate you for calling them chumps!

Well, Nathen did exactly what I knew he was capable of.  He walked over to the ladder, grabbed it, and started climbing up.  He didn’t stop until he got to the top and stepped off onto the sandstone ledge.

I was so excited that he stepped up and stepped out of his comfort zone.

As soon as I got up to the top, he looked over at me and said, “this is wicked, thanks, dad!”

We checked out a kiva and about 25 rooms in the cliffside dwelling. It was pretty darn neat (old man words there lol)

After we got done with that micro tour, all the kids climbed back down the ladder and we hiked back to the place where we ate lunch, a different cliff dwelling.

I had to laugh because most of the kids that didn’t go up to Eagles Nest were asking the others what it was like.

And each kid that I “pushed” to climb the ladder came up to me later when we’re eating lunch and said, “thank you for encouraging me to go up there, it was sooo cool!”

My entire point of this is that if you surround yourself with people who chose not to step up and out of their comfort zone, then you will do the same.

If you make the decision to hang out with the 1% of the world who is always uncomfortable, like Elon Musk. Then you will be more likely to be part of the 1% as well.

So here’s what I want you to do.

Take a moment and look at who you hang out with. Are they going to push you or hold you back?

Here is where I usually break into the story about the crabs in a bucket.

That’s for another time!!!

Hope you guys have a GREAT day.

Now get out there and step UP and OUT of your comfort zone!