Take God out of the Box 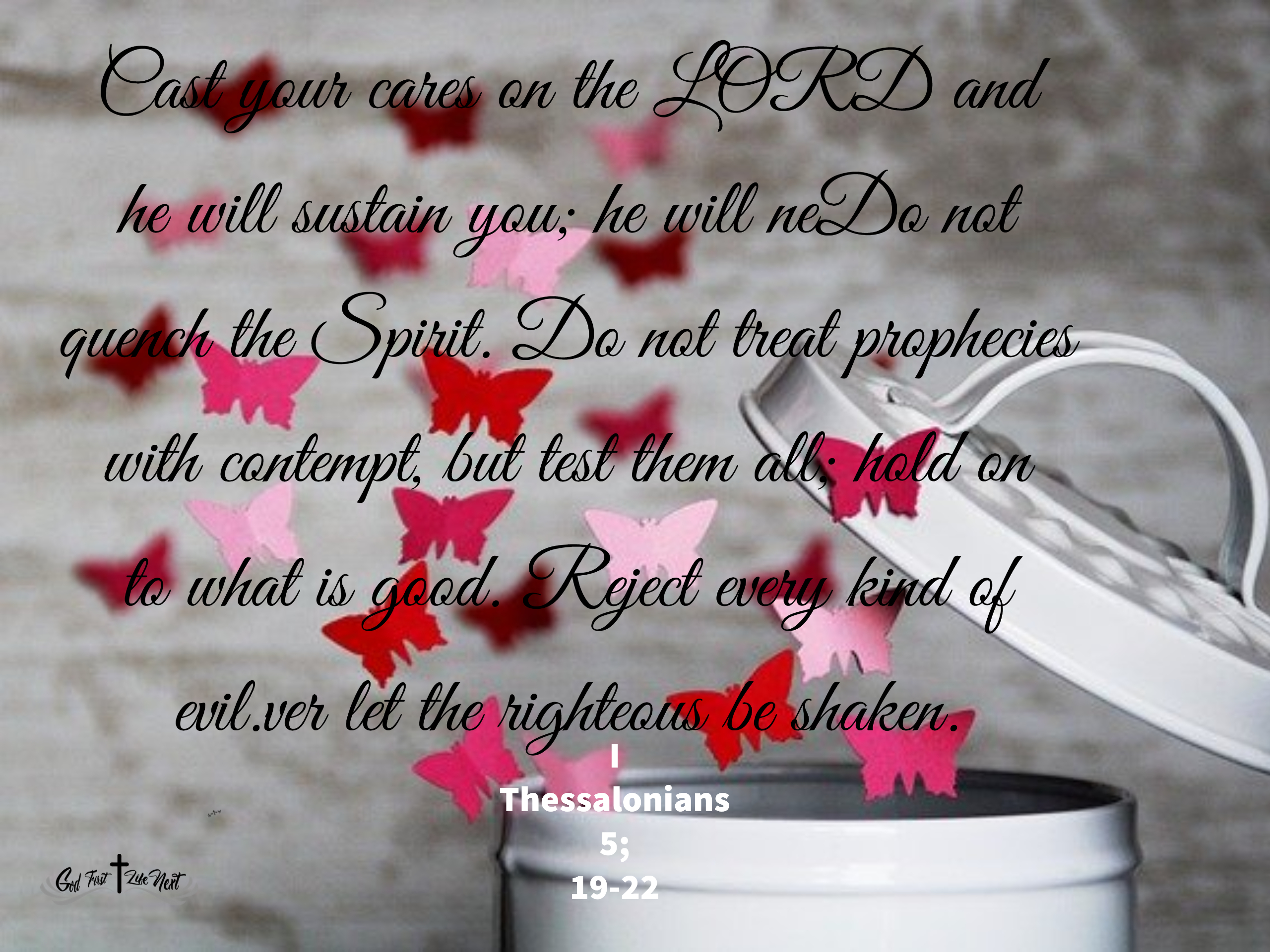 Do not quench the Spirit.  Do not treat prophecies with contempt, but test them all; hold on to what is good. Reject every kind of evil.

A Box is made up of four sides, a bottom and a top or lid.  Once you have put something in the box and closed it you can’t use it or get it out.  You have to open the box.

How many times have we put God in a box figuratively?  Every time we say I can’t do that…..

or It will cost too much…..

We don’t have enough help…..

We don’t want to get in trouble……etc.

There are no guarantees that even when we do tackle something we will succeed.

We might plan an event and be all prepared and when the time arrives for people to start showing up the blizzard of the decade sets in and no one shows up.

Does that mean that the next time you worry and fret about the weather?

I don’t know anyone, but God who can control the weather.

Jonah put God in a box when he ran away from what God had called him to do in Nineveh.

As you know Jonah ended up in the belly of a whale and if he hadn’t turned to God he would have died there, but he opened his box and went in Nineveh and did what God had told him to do. (Jonah 1-5)

Putting God in a box takes away the blessings we could have received, if we had only trusted God, just a little more.

He faced Goliath, a Giant. He only had a slingshot and few small rocks. With God’s help, good aim, and a firm stance he defeated Goliath. (1 Samuel 17)

Of course, later in life David forgot and put God in a box. He manipulated the situation with Bathsheba.

He had her husband Uriah sent to the front of the battle, knowing full well that he would be killed, which he was, and that left Bathsheba free for him to take as his wife.

Later they both suffered the great loss of a child.  But God forgave them and later blessed them with other children.

God is in control and he will bless us if we allow Him to work through us and in us.

Thank you Cindy for giving us insight and wisdom!

But the Advocate, the Holy Spirit, whom the Father will send in my name, will teach you all things and will remind you of everything I have said to you.  John 14:26