The Story of Joseph Continued 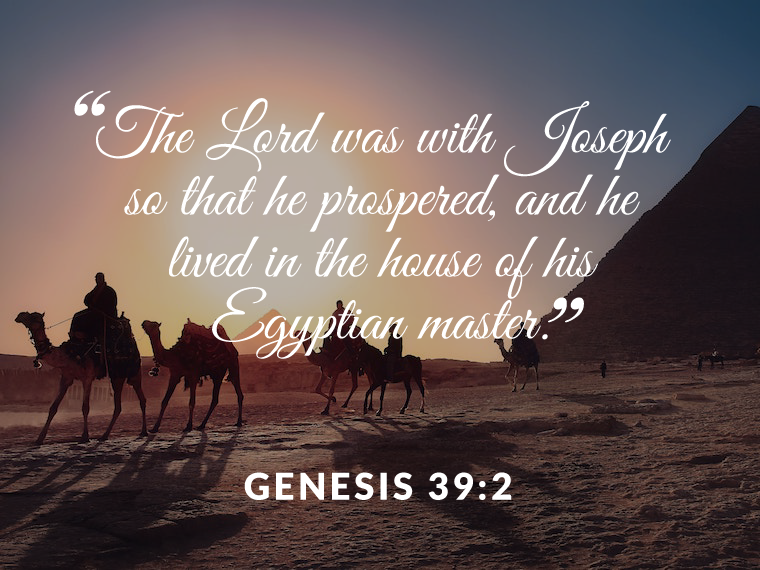 “The Lord was with Joseph so that he prospered, and he lived in the house of his Egyptian master.”

Today we continued into the story of Joseph.

After Joseph was sold into slavery, Potiphar purchased him to be a servant. God was with Joseph and he prospered under Potiphar’s house. Soon he became the leader of the House. He was Second To None behind Potiphar.

A few things to note about the situation. One is that it was very uncommon for a Hebrew slave to be put into a position of authority in an Egyptian house.

Another is that Joseph was still extremely young when he worked in Potiphar’s house. Can you imagine a late teenager running a large business?

Now Joseph was well built and handsome, and after a while his master’s wife took notice of Joseph and said, “Come to bed with me!”

But he refused. “With me in charge,” he told her, “my master does not concern himself with anything in the house; everything he owns he has entrusted to my care. No one is greater in this house than I am. My master has withheld nothing from me except you because you are his wife. How then could I do such a wicked thing and sin against God?”

Notice that Joseph didn’t think about the pleasure he might get out of this. He cared more about how he could sin against God.

Last time you were tempted with a guilty pleasure did God even cross your mind?

You see Joseph put God first. That right there is the key to keep God first, always. He wasn’t afraid of the consequences of his actions because he knew that God was on his side. Just like Daniel when he was thrown into the lion’s den (but that’s for another devotional)

Joseph was not afraid to do what was right not only by God but also by his master. Today we want to encourage you to do what is right by God! Know that he will stand behind you and will back you up when you do what’s righteous. Know in your heart that God has your back. NEVER be afraid to stand up for GOD.

A few things to think about:

How do you live a God first life? Could you explain it to somebody else if they asked? When Satan tries to knock you down, how do you react?

When was the last time you stood up for God? Was it easy or hard? How did you feel afterward? Did you pray before, during, or after the event? How did God reward you for doing what was right?

Lord today we come to you with an open heart, open eyes, and an open mind. Last week we ask that you give us courage as Joseph had. The courage to be strong when we don’t know the outcome. This week God, we pray that you grant us the different kinds of Courage. Courage always does what’s right by you! Alternatively, we pray that you give us the courage to put you first, the courage to live a God’s first life. Lord we know but it’s not going to be easy. In addition, we know but you’re going to be there with us through all of the hard times and the good times. We asked you would guide us and be our light in the darkness. Knowing that you are there for us will put our hearts and minds at ease. God, we thank you for putting us in those through situations so we can learn to be stronger. Therefore, we can grow our faith and strength in you, your word, and your kingdom. Lord today we say THANK YOU!