The Wisdom of Obedience 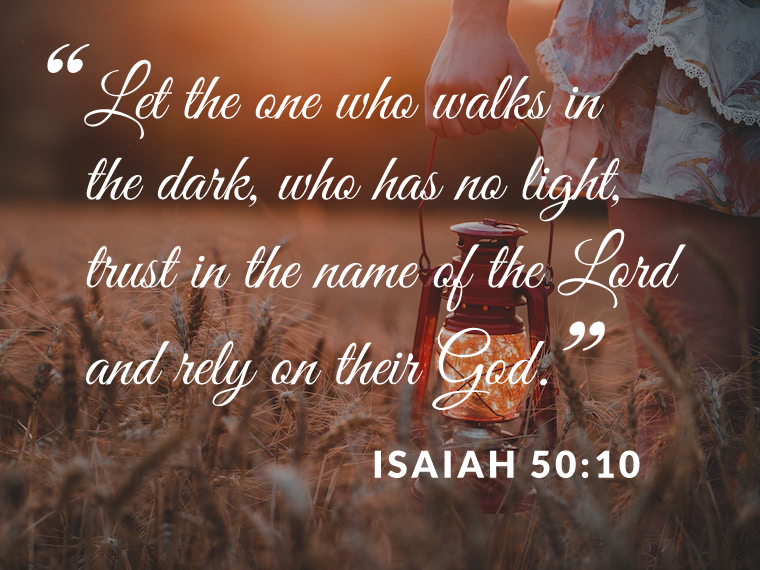 “Who among you fears the Lord and obeys the word of his servant? Let the one who walks in the dark, who has no light, trust in the name of the Lord and rely on their God.”

As you read through the Bible, the role of obedience and disobedience in determining the blessing of God, becomes more and more obvious.

It began with Adam and Eve in the Garden of Eden. When they were obedient, they lived in blessing and peace.

When they were disobedient, they brought a curse upon themselves and the earth, forfeiting the blessing God gave them. It continued through their sons, Cain and Abel, one was obedient and the other disobedient and that played out accordingly.

On to Abraham, Isaac and Jacob whose obedience brought promise to Israel, but when there was disobedience, there were unwanted consequences. And when Joseph put God first, despite the most challenging circumstances, great prosperity came to Israel despite a time of famine.

Throughout the Bible, the principle remains that obedience to God attracts blessing while disobedience brings about trouble and suffering. Without fail, we see the fortunes of Israel rise and fall in line with the obedience or disobedience of its rulers.

The lesson is clear. If we want to live with God’s blessing, we need His wisdom to teach us the difference between obedience and disobedience – what pleases God and what displeases Him.

At its root, obedience is a trust issue. Obedience is evidence that you trust God. If you don’t trust God, you will struggle to obey Him. A lack of trust is a lack of wisdom. And wisdom is what will make a way for you.

“Who among you fears the Lord?Who obeys the voice of His Servant? Who walks in darkness and has no light? Let him trust in the name of the Lord and rely upon his God.” Isaiah 50:10 (NKJV)

Many Christians baulk at the idea of obedience, seeing it as an outdated Old Testament principle under the Law. Yet Jesus exemplified obedience to His Father, and in so doing, made a way for us to live under a New Covenant of grace. However, nowhere in the Bible will you find God approving disobedience to Him. Saying yes to Jesus’ invitation to accept His Lordship for our lives is the doorway to a life of victory and the path of wisdom through a life of obedience and submission to Him.

Lord, You are absolutely trustworthy, and when I struggle to trust You, it is because I don’t see You as You truly are. Forgive me and help me to renew my mind through Your Word; to see You in spirit and in truth so I can always confidently say YES to You!