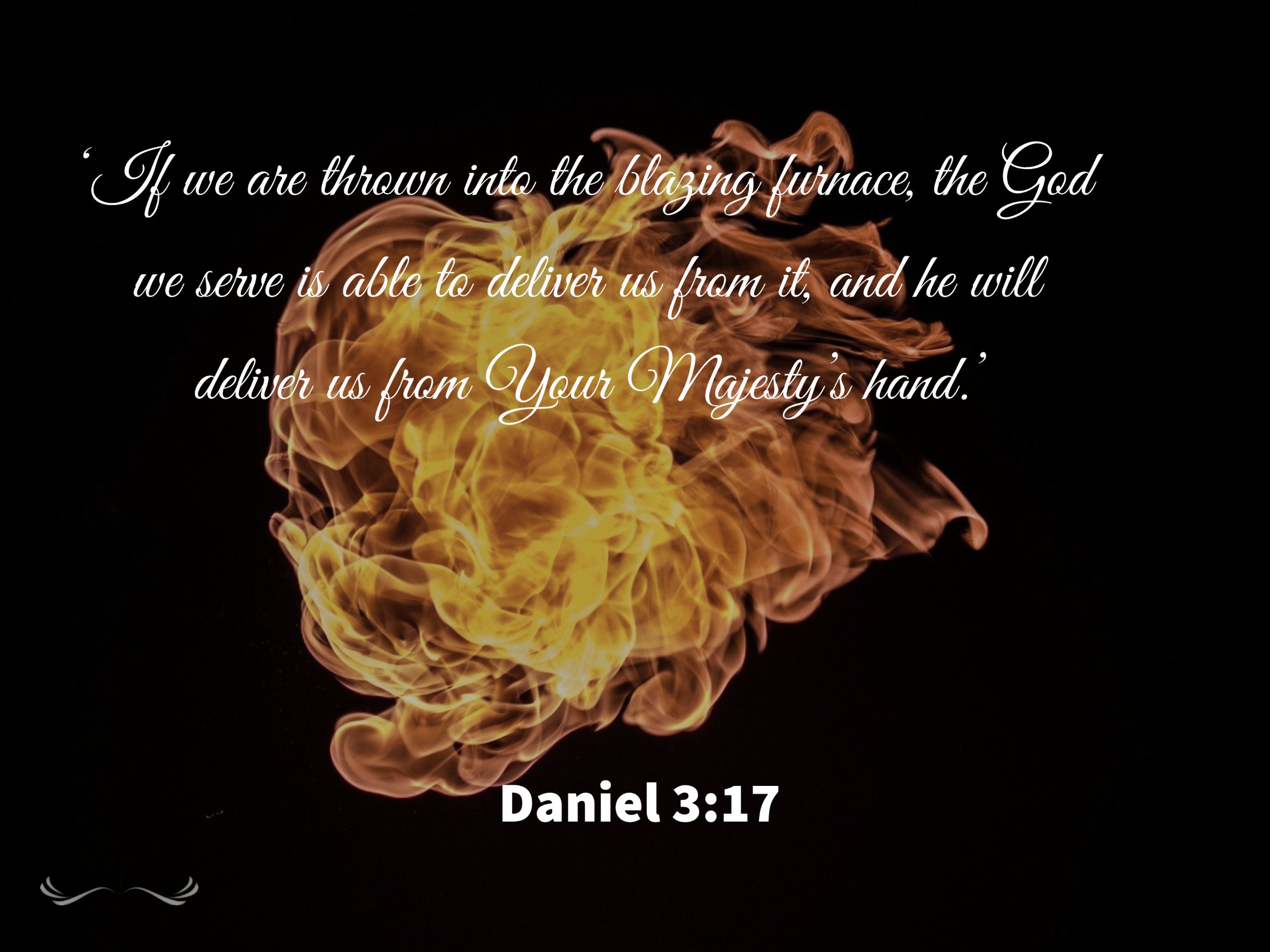 The backstory on this is that Nebuchadnezzar had built a statue and ordered that everyone in the country stop what they are doing and worship the figure every time they heard any type of music.

Does this seem just a little crazy or is it just me?

Anyways, Daniel’s friends Shadrach, Meshach, and Abednego (most likely Daniel too) refused to worship anything other than God.

This ticked Nebuchadnezzar off, just a little. His anger burned so bad that he ordered they be thrown into the furnace immediately.  But he wanted to know why they wouldn’t do as he commanded them to.

Ther response was pretty much, “Oh really, that’s ok because if our God wants to save us he will.  But also if he doesn’t save us it doesn’t mean anything because with our God anything is possible.”

That right there took some courage.

These 3 guys stood up to the king and told him they would never worship anything other than God!

Kind of like our founding fathers of the United States did to England just a few hundred years ago.  But that’s a different devotional.

Nebuchadnezzar ordered that the furnace be heated to seven times as hot as it usually burned.  It was so hot that his servants that threw the men into it were killed from the heat.

Then he looked into the furnace and saw 4 men, and said, “Shadrach, Meshach and Abednego, servants of the Most High God, come out! Come here!”

It’s pretty amazing that they were even alive, but it gets even better.  Not a single hair on their bodies was burned.  They didn’t even smell of smoke either.

These men trusted that God was going to protect them, and he did.

It brings me back to the new testament when Jesus told his disciples that it is easier for a camel to walk through the eye of a needle than it is for a rich man to get into heaven.

A few verses later he tells them that both are possible, but only with God.

Today we want to encourage everyone to trust in God.  trust that God has a plan for you and your life.  If you are in hard times, know that God is using those to shape you into the person he NEEDS you to be for the future.

God, today we come to you asking that you help us to have full faith and trust in you. Help us to trust that we are exactly where we need to be.  Help us to trust that when things don’t go as we want or expect them to, you are in control and here to help us.  We pray that you would give us that same trust as Shadrach, Meshach, and Abednego.  God, on that note, we would also ask that you give us the same heart that they had.  A heart that will always put you first in every aspect of our lives.  Help us to live just as they lived, a God First Life!  God today we are so thankful for everything you put in our lives, good or bad.  We trust that you have us exactly where we are supposed to be.