What you are going through right now is giving you the ability to prove to yourself that you DO HAVE THE ABILITY to do this. 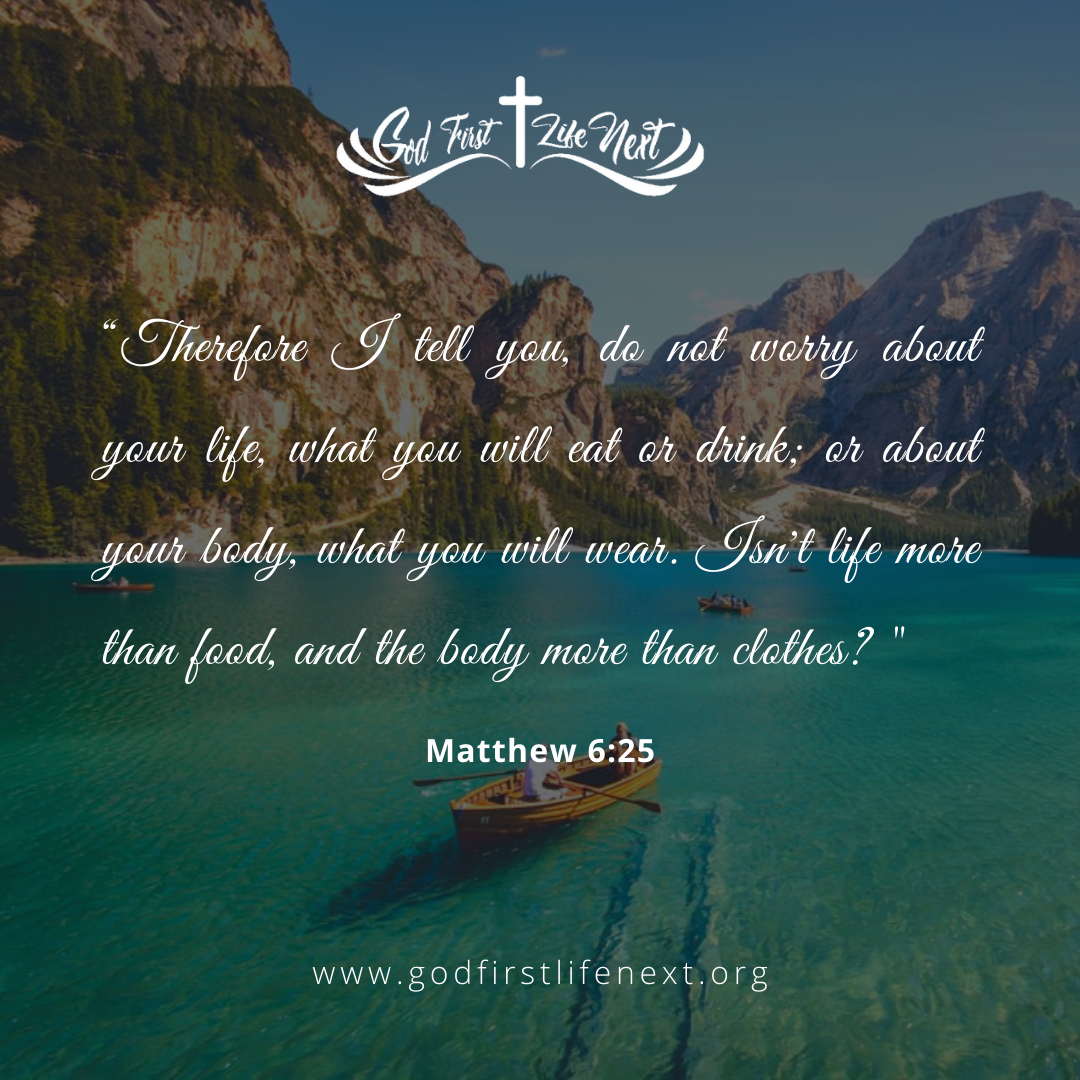 Recently I have been going through a ton of “harder” times.

I will go over just a few of them so you can see what I’m saying.

On a recent trip to a small town in Texas, I had a rental car reserved, and they gave it away before I got there. Then they didn’t have any more cars to give me.

So I had to rent a U-Haul to get to and from the job site which was an hour’s drive.

I was inches away from getting my pilot’s license in a multi-engine plane when my instructor, who I allowed to use my plane to get his multi-engine certification. Decided that he didn’t want to teach anymore.

So, I had to scour the country to find another multi-engine instructor that would work with me so that I could get through the process. In the process, I had to re-prove myself to the new instructor.

Then there are always a few clients who feel that it is ok to use my money to float their business.  We buy permits for them and then it takes them several months to pay us back.

It’s not a HUGE deal, but I mean if you can’t afford to do it, just don’t do it.

I was having a conversation the other day and they told me that I have to stay thankful for everything that happens.

Even if it sucks!

Then they continued on to give me this advice, “since you want more than you have now in business what you are going through right now is giving you the ability to prove to yourself that you DO HAVE THE ABILITY to do this.”

I stopped in my tracks and typed that message right then and there.

Then I looked up and said, “God I know that you have a plan, heck I tell everyone that it all happens for a reason. So thank you for helping me to learn this lesson. God if you could help me learn it quicker I would really appreciate it though.”

Here’s the thing, we all want to do more tomorrow than we are today.

Every situation that God puts us through is for us, it makes us stronger.

While we are in the middle of the lesson it is tough.

As I write this I am sitting on a balcony of our rental house in Pismo Beach, CA overlooking the Pacific Ocean.

Yesterday I was out playing in the water with the kids.  We had our boogie boards and were having a great time catching waves.

In the middle of doing that I looked around and just paused for a second to thank God for giving me the strength to get into this COLD WATER. Also for allowing me to trust that my kids will be fine playing in the water.

As a kid, we NEVER went to the ocean because my dad was deathly afraid of the water. My favorite phrase from him was, “I don’t take baths because people die in the bathtub.” Or my other favorite, “I’ll get in as long as it doesn’t get above my ankles.”

And he is 100% serious about both comments.

In turn, I remember the very first time I ever went to the ocean that I can remember. It was with Jenna.  We were seniors in High School and we met her family in CA to visit Disney Land. Jenna and I went out a day early so that we could go to the ocean.

I immediately fell in love with the waves and the vastness of what God had created.

We were out jumping the waves when all of a sudden I couldn’t touch the bottom anymore.

Meanwhile, Jenna just stood up and said, “hey you can touch, stand up!”

After the lifeguard had dragged me back up to shore I was just a little embarrassed.  I mean what kind of a “man” would freak out like that because they could touch the bottom?

We didn’t go in the water the rest of the day.

Fast forward a few years when we had the kids and went back to the ocean again.

We made a mad dash to San Diego to visit Sea World, but went there too early.  Who knew that things in the city didn’t open until 10am???

Not me at a young age. Lol

So we decided to go see the ocean.

We rolled up and I wouldn’t let the kids get more than just their feet wet.

I’m 100% sure Jenna thought, “Oh my goodness I married Dan’s dad when it comes to water!”

Then later in the trip, we hit the ocean again because the kids really wanted to go again.

So up by LA, we went back to the beach. We actually ended up spending several days out at the beach because the kids liked it so much.

On the first trip, I wouldn’t let the kids out of my reach.

I can still remember telling them that if they got too far away from me that was it, they were out and playing in the sand, no questions.

Fast forward a year later, we are playing in the ocean in San Diego again. I would let the kids have a little more space, but they still had to stay close.

I’m sitting on the beach convincing myself that I just have to get over it and go jump in with them because they are out there catching waves and having a blast.

You see God prepared me for that situation.

My kids are still cautious, I am still cautious. But we know our limits and they get further and further every time we push them.

Just like every single situation that we are in RIGHT NOW!

Today I really want you to think about a situation that you don’t LOVE. You can even think that the situation SUCKS. That’s ok.

Now I want you to give it to God.

Pray the prayer below and give it 100% to God with all of your heart. And trust that he will provide you with the RIGHT answer to your situation.

Lord, God, Father Almighty. Today we come to you to simply say thank you.  Thank you for allowing us to go through tough situations. Thank you for helping to guide us through those situations so that we can grow.  God, we know that you love us and will never let us fail without learning. We also know that when things don’t work the way we expect them to, it is ok because you are in control of everything and you help us to grow. Even if we aren’t sure about the growth.  God, we know you want us to grow in ways that we never thought possible, and in order to grow, we have to push the boundaries of our comfort zone. And that’s not comfortable at all!  God today we would like to give you all of our concerns, we give this particular situation with all of our hearts.  Help to remind us that you have control of the situation when we start to take it back. Because you know that we will try to take control again, but that’s not what you need in order for us to grow.  God, we trust you with all of our hearts, minds, and bodies.  You are amazing and you can do anything.

One time we went to CA for a National Grange Convention.

Something that my parents tried to go to every other year as us kids grew up.

And this one was in Fresno, CA.

On the way, there dad took a few more days off of work and we went to LA to visit family and go to DisneyLand and Universal Studios.

It was an amazing trip for me. I was about 14 years old. My brother was working at the time, so he wanted to fly out to Fresno.

Boy did he miss the fun.

On the way out I casually mentioned that it would be awesome to go see the ocean because I couldn’t remember it.

They had taken me before but I was so young that I could remember it at all.

Mom said that would be a great idea.

We had a blast at the theme parks and visiting family.

After our short time in LA, we headed out to Visalia to see another family friend.

Then we went to visit some more family. My aunt Henrietta.

Her place was amazing.

I remember asking casually several times if we could go to the ocean before we headed home.

The night we left, aunt Henrietta’s mom said, let’s go to the ocean.

So we set off for the coast.  We had a great drive. But it was getting late.

When we got there it was dark. And the sign said, “beach closed from sunset to sunrise.”

Mom was mad that we didn’t go when we were in LA and so close to the ocean.

I asked if there was any other part that might be open.

I am 100% sure that dad didn’t get us to the ocean after dark. But that didn’t change the fact that we had just driven 2 hours to get to the ocean and then didn’t even get to enjoy it at all.

As a 14-year-old, I was disappointed, but I could feel the tension in the front seat so I said, “It’s no big deal.”  We turned around and headed to the convention.

What I realize as an adult is that subconsciously my dad didn’t want to go to the ocean because he is deathly afraid of water. He was protecting me from the water and he didn’t even realize it.

He never realized how much others might enjoy it though, because of his fear.

How often have you allowed that to stop you from supporting someone else? Out of “love” you stop them from doing what they love?

Fast forward, my family loves the ocean. We have even gotten my parents to come with us on a few trips to the ocean. And dad has even walked the beach with mom and got his feet wet!

Have a blessed day!